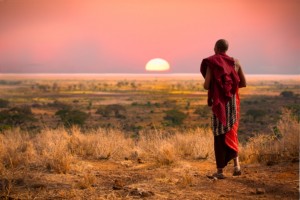 TPG Capital plans to hire a local team for growth investments in Africa, expanding the geographic scope of its third growth equity fund, according to a Hamilton Lane report made available by the Teachers’ Retirement System of Louisiana.

TPG has “identified the investment team in Africa” and expects to provide details after it has reached an agreement with the team, according to the report. The firm will target investments in Morocco, East Africa, Nigeria and Ghana. In October, The Wall Street Journal reported that TPG hired former Goldman Sachs banker Frederick Antwi to consult on an investment strategy for the region.

TPG is currently marketing TPG Growth III, targeting $3 billion, with a strategy that places greater emphasis on international investment opportunities. While U.S.-based companies will continue to represent the bulk of TPG Growth III’s investments, “the general partner expects to further expand its focus on emerging markets by seeking investments in Southeast Asia and Africa,” the report said. The firm can invest as much as 30 percent of the fund’s capital in non-U.S. companies.

A more international portfolio would represent a shift from Fund II’s investment strategy. TPG allocated 85 percent of Fund II’s investment capital to U.S. deals as of June 30, according to the report. That $2 billion 2011 vintage fund has been a top performer, netting a 1.4x multiple and 33.8 percent IRR as of the same date.