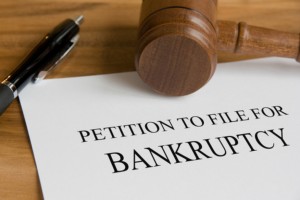 The operating unit of Caesars Entertainment Corp begins an unusual two-day trial on Monday to decide which of two bankruptcy courts will review its $10 billion debt-cutting plan. In some ways, the decision is not just about which judge, but which law will govern.

Caesars Entertainment Operating Co Inc, which runs 38 casinos, finds itself in the rare situation of being in two bankruptcies in two different courts at the same time.

A group of hedge fund creditors tried to force the company into bankruptcy in Wilmington, Delaware, earlier this month. The company responded by filing for bankruptcy in Chicago, and Monday’s trial in Wilmington in front of Judge Kevin Gross will sort out where the case ends up.

All U.S. bankruptcy courts use the same bankruptcy laws, but there are differences in how they are applied, which can shape how a company overhauls its finances.

“This case really underscores that,” said David Skeel, who teaches bankruptcy at the University of Pennsylvania Law School.

He said the company and creditors both wanted a court that will interpret the law in a way that favors their approach to the bankruptcy. “It’s only possible in a case like this, where there is an enormous amount of skirmishing before the company files,” he said.

Those skirmishes have centered on the parent company’s decisions in recent years to transfer choice properties out of the operating unit, which issued the debt, and into affiliates of the parent. One such transfer was the Linq entertainment complex in Las Vegas, which occurred in late 2013.

Creditors challenged transfers in court. They alleged $3.6 billion was stripped from the operating unit largely for the benefit of the parent company shareholders, particularly the private equity firms Apollo Global Management and TPG Capital.

“We find it frankly shocking that the debtor filed a case in Chicago,” said Kenneth Pasquale, an attorney for holders of Caesars’ $5.5 billion of bank debt, at an emergency hearing in Wilmington, Delaware, on Jan. 15.

Bankruptcy automatically stops lawsuits against the company in Chapter 11. Caesars’ attorneys have said in court they plan to ask the bankruptcy judge to extend that legal protection to the parent company and its affiliates, halting the pending lawsuits, even though the parent and affiliates are not bankrupt.

Pasquale said Caesars opted for Chicago where it thought the law was more favorable for obtaining a legal shield for non-bankrupt affiliates.

“That will be a big issue given the transfers,” said Pasquale.

Caesars, which Apollo and TPG created after leading the $30 billion leveraged buyout of Harrah’s Entertainment in 2008, has said the transfers were done at fair value and relieved the operating unit of capital-intensive projects.

Still, extending the legal shield to non-bankrupt parties could shift the negotiating leverage in Caesars’ favor.

At the moment, Caesars only has the support of one of four classes of creditors, a group known as the first-lien noteholders, who are owed $6.3 billion.

The second-lien noteholders, led by Appaloosa, oppose the plan and hope to unwind the asset transfers. Creditors used that strategy with Dynegy Holdings, a power company that filed for bankruptcy in 2011.

A report by Fitch Ratings said Caesars’ asset transfers were less “egregious” than Dynegy’s, but still warned the bankruptcy was likely to be protracted and contentious. The rating agency also said the costs of Chapter 11 would top $800 million – an estimate made before there were two bankruptcies.