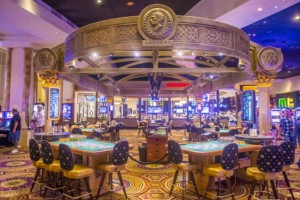 Caesars Entertainment Corp defeated bondholder demands for an early resolution of a lawsuit alleging the casino company failed to honor guarantees of bonds issued by its bankrupt subsidiary, sending the case to trial.

U.S. District Judge Shira Scheindlin in Manhattan said on Tuesday there were material disputes regarding a May 2014 stock sale and its impact on the guarantees on $750 million of unsecured bonds. Those disputes would have to be resolved by a trial, the judge said in a 31-page opinion that denied the bondholders’ request for a quick ruling.

“We are looking forward to trial on all issues in a few months,” said James Millar, an attorney for MeehanCombs. “We’ll let the chips fall where they may.”

Scheindlin’s ruling on Tuesday follows a similar decision in August in a case brought by representatives of other bondholders suing Caesars over similar violations of the TIA, a Great Depression-era law meant to protect bondholders.

Caesars has said if it loses the TIA cases it would likely be forced to join its operating unit in bankruptcy.

But rather than proceed to trial, the MeehanCombs case may be put on hold.

Caesars said in court papers filed Monday it would seek an injunction staying the case until 60 days after an independent examiner, Richard Davis, completed his investigation of alleged fraudulent transfers of the casino company’s assets. The examiner was ordered by U.S. Bankruptcy Judge Benjamin Goldgar and the examiner’s report is expected in early 2016.

Creditors have alleged that years of asset transfers prior to the bankruptcy by Caesars’ operating unit put many of the best casinos beyond the reach of creditors.

The operating unit has been attempting to reach a consensus in bankruptcy with creditors on restructuring its roughly $18 billion debt load.

Based in Las Vegas, Caesars was created through the 2008 buyout of the former Harrah’s Entertainment, a deal led by Apollo Global Management and TPG Capital.