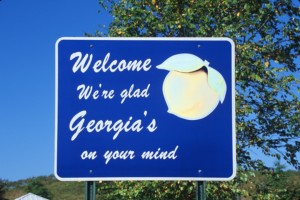 Catharine Burkett, who was hired to help build the private equity program at the Georgia Division of Investment Services, left the system recently to take a job in the private sector.

Burkett, who joined the Georgia agency last year along with fellow alternatives co-head Ben Cahyono, has been working at Atlanta-based investment consulting firm LCG Associates as vice president, director of private investments, since October, according to her LinkedIn profile. Burkett did not respond to a call for comment Monday.

Burkett and Cahyono joined the investment division with some fanfare as they were in control of capital from the a public pension system in the last U.S. state to authorize its public systems to invest in private equity. Several managers told me last year they were making the trek to Georgia to try and win business with the system.

At Georgia, Burkett helped create the infrastructure to implement the initial private equity program and led the first investment for the plan, according to a statement released Friday from LCG.

Cahyono will continue to lead the alternatives program on his own, Jim Potvin, executive director of the Employees’ Retirement System told me in an interview Monday. It was Burkett’s decision to leave the system, Potvin said.

Potvin declined to disclose any information about private equity investments made so far by the investment division. He said the system is prohibited by statute from publicly disclosing information for a year after investments close, which to me is a problem. Investments made on behalf of public workers should absolutely be wide open to public scrutiny and there is no good reason to keep this information hidden from the public view. It’s an archaic mindset that continues to give the asset class an air of secrecy and intransigence that is not needed into today’s charged political environment. Not to mention, public workers should have every right to see what is happening with their money.

Burkett’s new role: LCG’s website lists Burkett as a member of the team and the firm put out a statement about her hiring Friday. Her responsibilities include private investments research, due diligence and collaborating with clients to implement their private investment allocations.

Prior to Georgia, Burkett was a principal at Camden Partners. She also worked as director of private investments at Spider Management Company, which provides investment management services to endowments and foundations, one of which is the University of Richmond.

Georgia was the last state in the U.S. to allow its public pensions to invest in private equity through legislation signed into law in 2012 by Georgia Governor Nathan Deal. The legislation excluded the state’s teachers’ retirement pool, the largest such state pension fund, which last year had about $53.3 billion of assets.

The biggest plan overseen by the Division of Investment Services is the Employees’ Retirement System, with about $12.5 billion of assets. That fund was authorized to invest no more than 1 percent of fund assets in any one year until the system hits a cap of 5 percent of total fund assets, according to Potvin.