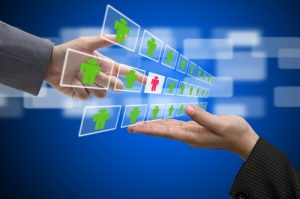 Calera Capital acquired a majority interest in SterlingBackcheck in December 2010.

“Our strategy is to invest in companies which have developed strong and unique business models, but have substantial untapped potential,” stated Mark Williamson, a managing partner of Calera Capital. “Through active involvement, and a strong partnership with management, we seek to help our portfolio companies attain the highest level of operating performance. SterlingBackcheck’s transformational ascent to the leadership position it commands today is a clear demonstration of the successful execution of this strategy.”

“We were very fortunate to have had the opportunity to partner with Calera Capital for the past four and a half years,” said Clare Hart, CEO of SterlingBackcheck. “Our company has benefitted immeasurably from Calera’s guidance and experience. We look forward to building on the strong foundation our partnership with Calera has created as we embark on the next phase of the company’s evolution with Goldman Sachs and CDPQ.”

“A key element of our strategy is to invest with founders seeking a partner to help take their businesses to the next level,” stated Paul Walsh, operating partner of Calera Capital. “Billy Greenblatt, SterlingBackcheck’s founder and an ongoing shareholder in the business, is an extraordinary entrepreneur and our relationship with him, as well as with the entire SterlingBackcheck management team, could not have been more successful and personally satisfying. We wish the team well and are confident they will continue to thrive with their new partners.”

Mark Williamson, Paul Walsh and Michael Moon, managing director, represented Calera on the board of SterlingBackcheck. Terms of the transactions were not disclosed.

SterlingBackcheck is a trademark of Sterling Infosystems, Inc.

Founded in 1991, Calera Capital is a private investment firm which has invested over $2.8 billion. With offices in San Francisco and Boston, Calera focuses its activities in two industry sectors: Business Services and Specialty Industrials. Calera Capital makes substantial equity investments in middle-market businesses, typically with enterprise values in the range of $100 million to $750 million, and seeks to build long-term sustainable value by working with management teams to implement strategic and operating initiatives. For more information, visit: www.caleracapital.com.