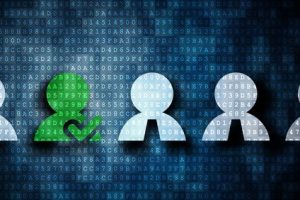 The Caisse de dépôt et placement du Québec and the Merchant Banking Division of Goldman Sachs have agreed to jointly buy a majority stake in SterlingBackcheck, an employment background screening business based in New York. The financial terms of the proposed transaction were not disclosed. As a result of the acquisition, Calera Capital, a U.S. private equity firm that invested in the company in December 2010, will be replaced as its lead investor. Founded in 1975, SterlingBackcheck said the new partnership with the Caisse and Goldman Sachs will support the next phase of its global growth.

Goldman Sachs and CDPQ to invest in SterlingBackcheck

NEW YORK, NY — June 8, 2015 — SterlingBackcheck, one of the largest background screening companies in the world, today announced that the Merchant Banking Division of Goldman Sachs (“Goldman Sachs”) and La Caisse de dépôt et placement du Québec (“CDPQ”), have agreed to acquire a majority interest in the company. Goldman Sachs and CDPQ will be replacing Calera Capital, a private equity firm based in San Francisco and Boston. Terms of the transaction were not disclosed.

Clare Hart, CEO of SterlingBackcheck, commented, “This investment represents an inflection point for SterlingBackcheck. Goldman Sachs has particular expertise helping growth companies like ours build on past performance and reach their full potential. I look forward to working closely with them as we continue to grow this great business and help our clients hire and retain the best talent.”

“Over the past four and a half years, SterlingBackcheck’s management team has worked closely with Calera Capital and they have been instrumental in helping us grow the business into what it is today,” continued Hart. “As Calera exits, we are fortunate to have found an equally high-quality partner in Goldman Sachs as we embark on the next phase of the company’s exciting evolution.”

Jack Daly, a Managing Director of Goldman Sachs said, “SterlingBackcheck’s clarity of vision and leadership position within an attractive industry make this a very exciting investment for us. We are pleased to work with Billy Greenblatt, management and CDPQ in this transaction. SterlingBackcheck has created a technology platform that is unrivaled, being first to market with innovative products to meet the needs of its customers.”

Chris Puscasiu, Senior Vice-President and Co-head of Private Equity Direct Investing at CDPQ, stated: “SterlingBackcheck is an industry leader with a very solid, long-term track record of profitability and strong prospects for growth. We are delighted to work with Goldman Sachs in making this investment, which exemplifies our strategy as long-term investors with partners of the highest quality.”

“When I started SterlingBackcheck, my goal was to transform the background screening industry,” stated William Greenblatt, SterlingBackcheck’s founder and chairman. “This deal is a clear validation of our business model, of our vision, and of the hard work of management and our many employees. I expect Goldman Sachs’ experience, resources and support will have an immediate and positive impact on the business.”

Since 1986, the Merchant Banking Division of Goldman Sachs has raised over $140 billion of capital in equity, credit and real estate funds to invest in a variety of geographies, industries and transaction types. With Merchant Banking representatives in six countries around the world, Goldman Sachs is one of the largest managers of private capital globally, offering deep expertise and long-standing relationships with companies, investors, entrepreneurs and financial intermediaries. Goldman Sachs is a leading global investment banking, securities and investment management firm that provides a wide range of financial services to a substantial and diversified client base that includes corporations, financial institutions, governments and high-net-worth individuals. Founded in 1869, the firm is headquartered in New York and maintains offices in all major financial centers around the world. For more information, please visit: www.gs.com/pia.