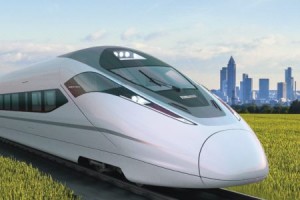 Asked if the Caisse would invest further in Bombardier, Chief Executive Michael Sabia said: “Are we open to the idea of increasing our position? Yes. Are we going to increase our level of investment in Bombardier Inc very soon? Probably not. We have an important investment in a subsidiary of Bombardier. For now, that represents significant exposure.”

Bombardier has struggled to win new orders for its C Series plane with some potential clients looking for more certainty about its financial health before placing orders. It remains in talks over possible federal aid.

“If those risks get reduced I think you’ll probably see some change in the valuation of the company so I think that’s the catalyst. It’s a risk reduction story.”

The company last week received the first order in 16 months for its CSeries jets, sending its shares higher and overshadowing news of lower-than-expected results and plans to cut 7,000 jobs.

Sabia backed Chief Executive Alain Bellemare to turn the business around and said he should be given time.

“Alain Bellemare is doing a very good job. Turnarounds take time. Alain’s been there about a year. In the history of a turnaround those are early days so we’ll see how that progresses,” Sabia said.

The Caisse reported weighted average returns of 9.1 percent in 2015, weaker than the average return of 12 percent it achieved in 2014 reflecting volatile equity markets and global economic uncertainty.

However, it beat the average return of 5.4 percent achieved by Canadian pension funds last year, according to research by RBC Investor Services.

Over the past four years, the Caisse said its annualised return was 10.9 percent, 90 basis points ahead of the benchmark portfolio which it compares itself against.

Since Sabia was appointed in 2009, the fund has sought higher returns by investing more funds in alternative assets such as infrastructure and real estate, shifting funds out of equities and low-yielding government bonds.

“While not immunizing our portfolio against market movements, our strategy makes it more resilient in turbulent times,” Sabia said.

Update: The Caisse’s US$1.5 billion investment in Bombardier Transportation was one of last year’s largest private equity deals in Canada.