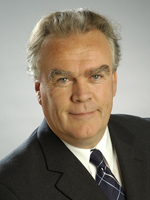 Normand Provost, executive vice-president of private equity at Canadian pension fund manager the Caisse de dépôt et placement du Québec, has announced his retirement after 33 years of service. Provost will continue in his current role until a successor is appointed in 2014. Thereafter, he will remain with the Caisse as a strategic adviser to president and CEO Michael Sabia. The Caisse reported that its post-2009 private equity investments generated a 18.3% annualized return at the end of 2012.

MONTREAL, Aug. 12, 2013 /CNW Telbec/ – After more than 33 years of service, Normand Provost, Executive Vice-President, Private Equity, has announced his intention to retire from the Caisse de dépôt et placement du Québec. Mr. Provost will continue in his current role until his successor is appointed in 2014. He will then remain with the Caisse as a strategic adviser to the President.

The Caisse has launched a search process to identify a successor in preparation for the departure of Mr. Provost, who oversees the Private Equity team in addition to the Caisse’s initiatives to contribute to Québec’s economic development.

Michael Sabia, the Caisse’s President and Chief Executive Officer, paid tribute to Mr. Provost: “Normand is one of the key builders of the Caisse we know today. He established our current private equity business model, assembled teams and successfully generated solid, sustainable results throughout his career, during all phases of the market cycle.”

“Since 1980, he has used his unparalleled business judgment, exceptional qualities as a negotiator and strong ability to deliver results to serve our organization, our depositors and Québec’s economic development. The strength of his commitment has made him one of the pillars of what the Caisse is today. On behalf of the entire team at the Caisse, I would like to thank him sincerely for his remarkable contributions and, on a more personal note, for the high-quality strategic advice he has given me,” Mr. Sabia added.

According to Robert Tessier, Chairman of the Caisse, “Very few people can match Normand Provost’s in-depth knowledge of the Caisse. To be able to benefit from such experience combined with solid judgment is invaluable for a board of directors. On behalf of my colleagues, I would therefore like to acknowledge the great value he has contributed to the Board’s strategic thought process and decision making, in addition to his outstanding work as an executive of the Caisse.”

During his career at the Caisse, Mr. Provost has held various positions, from Adviser and Investment Manager for midsize businesses, to President and Chief Executive Officer of CDP Capital – Americas, the Caisse’s private equity subsidiary. During his time with the Caisse, he has covered every aspect of corporate financing and has brought hundreds of transactions to fruition.

Since September 2009, backed by his extensive knowledge of the Québec business community, Mr. Provost has also assumed the leadership of all the Caisse’s initiatives in Québec.

In addition to his responsibilities in the investment sector, Mr. Provost served as Chief Operations Officer from April 2009 to March 2012, overseeing the transformation of operations and information technology at the Caisse. He drew on his many years of experience at the Caisse to introduce a more client-centric approach and enhance the agility and efficiency of the teams responsible for operations and information technology.