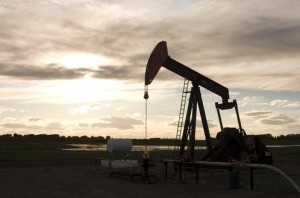 TimberRock Energy Corp., a Calgary, Alberta-based oil and gas producer, announced it has acquired Calgary-based All Points Energy Ltd. for an undisclosed amount. In conjunction with this event, Canadian private equity investor KERN Partners, the previous owner of All Points Energy, has made a new investment in TimberRock. The amount of the investment was undisclosed. TimberRock has been backed by the energy partnership managed by Edgestone Capital Partners since 2008.

TimberRock Energy Corp. is pleased to announce that it has acquired all the issued and outstanding shares of All Points Energy Ltd. (“All Points”), a private oil and gas company  focused on Pekisko light oil opportunities in the Rosebud/Wheatland areas of southern Alberta.  All Points has current production of approximately 115 boepd (70% light oil) and 22,812 net acres of undeveloped land.  On a combined basis, TimberRock will have approximately 500 boepd of production (45% liquids and light oil), 100 boepd behind pipe that will be tied in shortly, and 52,576 net acres of undeveloped land.

In conjunction with this merger, KERN Partners, a Calgary based private equity firm that has invested over $1.1 billion in the energy sector during the last nine years and is the majority shareholder of All Points, will invest into TimberRock. The new entity will be led by the existing TimberRock management team and will have a re-constituted Board consisting of Dave Pearce (Chairman), Francesco Mele, Steve Stretch, Chuck Sawyer, Vic Roskey and John Zahary.  To accommodate this change, Bob Brinkerhoff, Bob Engbloom and Bill Friley have agreed to withdraw from the Board.  The Board and management wish to extend their appreciation and thanks to the withdrawing members for their many contributions and guidance since TimberRock’s inception.

After transaction costs and the repayment of debt, TimberRock will have approximately $17.5M of cash on hand and a bank line of $8M, giving the company the financial flexibility to develop its extensive light oil and liquids rich natural gas resource play in the Cardium and Notikewin formations of West Central Alberta. With the significantly enhanced balance sheet, TimberRock is well capitalized to begin drilling on a number of its prospects and to seek other acquisition opportunities.