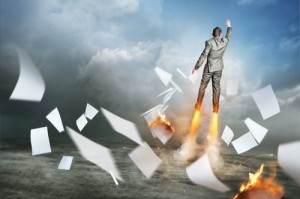 Lawrence Stevenson has been managing director of Callisto Capital, a mid-market private equity firm with headquarters in Toronto, since 2006. Callisto invests in private and public companies, and is backed by some of the largest pension funds and financial institutions in Canada.

My Torys‘ colleague Sophia Tolias and I recently met with Stevenson to talk about Callisto’s latest fund-raising initiative. As the firm prepares for the imminent first close of Callisto Capital Fund IV, we found him feeling confident about the strength of Callisto’s competitive advantages in the North American PE market, and bullish about the investment environment in Canada. In fact, while Callisto has been on the fund-raising trail, Stevenson and his colleagues have heard repeatedly from prospective foreign LPs about Canada’s currently “hot” brand.

What is Callisto’s target for its current fund-raising? When is an initial or final close anticipated?

Stevenson: We are aiming for $300 million for Callisto Capital Fund IV, with a minimum investor commitment of $15 million. We expect the initial close to be late in the first quarter of 2014, with a final close to follow a year later.

Does Callisto plan to rely on its existing LPs, or will it expand and diversify its LP base?

Stevenson: We anticipate that the initial close will almost exclusively involve our existing LPs, but we would like to diversify our LP base by the time of the final close – not only in terms of numbers, but also geographically. Our goal is to expand U.S. participation by the second close, and plant the seeds for participation by European investors in the future. The reality is that as a brand, Canada is hot. And we have received several unsolicited approaches from European investors who are keen to invest in PE mid-market opportunities in Canada.

How is Callisto marketing its fund?

Stevenson: By and large, having a very good track record to market the fund is the first thing that any investor will care about. Callisto has achieved very good returns for investors in its first three funds. In our view, there are three factors that distinguish us from other private equity funds.

The first factor is our focus on sourcing proprietary deals – virtually every transaction in the past two funds was proprietary. Our acquisition of Town Shoes is an example of this. Well before the company was put up for sale, we had been in contact with the founding family. The same is true for Medical Pharmacies Group.

The second factor is our sector focus. With our last fund, there were nine sectors that we were particularly interested in – such as healthcare, pharmacy and security. Our strategy is to talk to virtually every mid-market Canadian company in the spaces we are interested in and keep our ear close to the ground. Planting the seeds early by establishing good contact with founders, sometimes seven to eight years before the company’s actual sales process begins, gives us a very good handle on succession issues and helps us identify when a company may be in need of liquidity.

What are some challenges Callisto expects to face in marketing its current fund?

Stevenson: Fund-raising is getting tougher and tougher in Canada. Some of the large pools of capital, such as the Canadian pension funds, are now shifting their focus to direct investments in operating companies rather than through the funds. This shift in focus to direct deals by the large LPs has left “white space” in the Canadian mid-market. But this change is impacting the fund-raising environment. That said, U.S. and European investors are generally continuing to show interest.

The second challenge is the time investors are now taking to make final investment decisions. In today’s environment, you spend a lot more time raising money, as compared to the past. The result is that you have to be realistic about the length of time it is going to take to raise a fund.

What is Callisto’s current investment focus, and will this focus change with the new partnership?

Stevenson: Callisto’s investment focus continues to be finding strong regional Canadian businesses and making them national. And we are bullish on Canada, for much the same reasons that many investors outside Canada are. The combination of a relatively stable government, access to good companies in a rational business environment, and favourable demographics of retiring baby boomers means that it is a very interesting time for investment in Canada, with a lot of mid-market companies interested in having outside investors as partners.

How does the GP team at Callisto view current PE market conditions in Canada?

Stevenson: The Canadian private equity mid-market is not as developed or as competitive as it has been in the United States. For deals in the mid-market range, there is relatively little competition among firms, with pricing on deals being actually very rational. It would be unusual for us to offer, for example, 6 or 7 times EBITDA, and for another PE firm to make a competitive offer at 10 or 11 times EBITDA.

You mentioned that sector focus is key to Callisto’s investment strategy. How has that been reflected in the firm’s recent deals?

Stevenson: Given our background, we love retail, and Town Shoes is a recent example of our activity in that space. We took a regional player and are giving it national scope through a follow-on acquisition, Sterling Shoes, and an enhanced on-line presence. We also like good, branded food products. Even though we have not yet closed a deal in the food industry, we have put in at least four to five bids – the challenge is not that we lose out to other PE funds, but to strategic investors who can benefit from tremendous cost and customer synergies. We have also always liked the healthcare sector. With Canada’s aging population and the increasing demand on the public healthcare system, there is a gap that we expect will increasingly be filled by private enterprise.

With respect to deals and exits, how active has Callisto been over the past 12 months?

Stevenson: We have done two deals in the past 12 months for our portfolio companies. Medical Pharmacies Group recently completed its acquisition of Desjardins Healthcare Group, and we bought out our Australian partner, Parsons, in Logistik Australia. (Callisto acquired Logistik, a company in the managed services uniform sector, in 2011.) Both deals were moves to strengthen our portfolio companies as leading market players in their respective industries.

Callisto and AIMCo acquired Town Shoes last year – how is that investment doing?

Stevenson: Town Shoes has become larger, and there has been a new CEO in place for the last eight months. We have had very good performance from the acquired Shoe Warehouse business, with double-digit comps. Operations are now fully integrated, and we have re-launched the Shoe Company with a much sharper look. When we acquired Town Shoes, its presence was substantially in Ontario. Now the company is truly national, with the exception of Québec, and has leading market share across Canada.

In light of the current M&A landscape, does Callisto have any preferences in terms of M&A structures, such as add-ons, platform investments, minority stakes, etc.?

Stevenson: We are flexible on M&A structures, and are open to minority investments so long as we are not passive investors. In these cases, we will seek effective minority rights to ensure we are active participants with management in the strategy of the business and have a say in critical matters from budget to CEO succession planning – it is not enough to have just the negative veto. With every potential investment we are clear about our expectations and goals in our investment thesis, and will generally share the thesis with management to ensure their buy-in before we invest any capital in the operating company.

Stevenson: Our first job is to complete the first close of Fund IV, and our second job is to close a deal that we have been working on over the last year. If it works out, this will be first deal of the new fund. There are also other deals in the pipeline that we hope to turn our attention to when we can dedicate the resources. We also expect to add more people to the team after the next fund-raising round.

Michael Akkawi is a partner at Torys LLP, and head of the firm’s Private Equity Group. Akkawi led the 2012 acquisition of Town Shoes on behalf of Callisto Capital and its investment partner AIMCo. Sophia Tolias is an associate at Torys, and is focused on M&A and private equity transactions. Both Akkawi and Tolias are based in Toronto.

Photo of investor in launch mode courtesy of Shutterstock