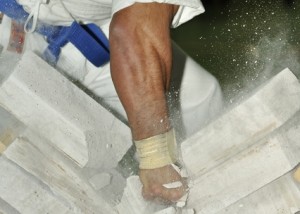 Direct investments by two of the world’s largest pension funds have generated strong returns, suggesting that a recent Harvard Business School paper showing that directs do no better than fund investments won’t end debate on the question.

OMERS Private Equity, which manages just more than $7 billion in private equity assets for the $65 billion Ontario Municipal Employees Retirement System, has averaged generating about a 20 percent IRR on directs over the last five years (not including expenses of 60 to 65 basis points). That is well above the 14 percent net IRR generated on fund commitments, according to Paul Renaud, president and CEO of  OMERS Private Equity.

These results follow the firm’s dramatic shift toward solo direct investing since 2008. According to Renaud, the firm hasn’t made a fund commitment since 2008, to the point where more than $5 billion of its private equity portfolio is in directs, mainly control-stake deals it led. (OMERS Private Equity agreed in mid-2012 to sell a portfolio of 11 fund interests to AXA Private Equity, which now does business as Ardian; the firm had originally committed US$850 million to the 11 funds.)

Returns have been particularly strong of late for OMERS Private Equity. The firm earned $1.4 billion on its portfolio for a 23.6 percent gain in 2013, following a 19.2 percent gain in 2012. By comparison, the overall pension plan generated a 6.5 percent return in 2013. The firm exited three companies in 2013, multiplying the original equity investment in those deals by more than 4x overall, Renaud said.

On the investment side the firm, which has about 32 investment professionals working in Toronto, New York and London, invested about $1.2 billion in three platform companies, two in Europe and one in the United States. The issue of how well direct investments perform is an important one. According to 2012 survey data from research firm Preqin cited in the Harvard Business School paper, more than four in 10 (43 percent) investors said they seek co-investment rights, while another one in 10 (11 percent) said they were considering it.

The argument for making solo directs and co-investments is in part to save on the management fees and carried interest charged by sponsors (although sponsors may charge fees on co-investments); the argument for avoiding it centers on the high cost of doing it themselves and the risk that an internal team won’t perform at a high enough level. Delivering some of the first statistics on the subject is the draft academic paper by three professors, including two at Harvard Business School. The paper has made a splash in part for finding that investors have in general not been well-served making direct investments, and particularly co-investments alongside sponsors.

“The most striking result of our analysis is the consistent absence of evidence of outperformance by direct investments relative to traditional private equity funds, despite the substantial fee savings that direct investors enjoy,” the authors wrote. The Jan. 13 draft of the paper, “The Disintermediation of Financial Markets: Direct Investing in Private Equity,” studied the track record of seven institutional investors over 20 years.

The authors found evidence that the direct investments limited partners led themselves outperformed their fund investments, although they cautioned that their sample size was small. As well, after 2000 the performance of their direct “solo” investments “deteriorates sharply,” they wrote.

At the same time the authors found that co-investments underperformed fund investments over the entire period studied, with performance deteriorating even more in recent years. The “…poor performance appears to result from fund managers’ selective offering of deals at market peaks…” the authors wrote, noting also that “co-investment deals are also substantially larger than an average sponsor’s deal.” In general the paper found that buyout directs perform better than venture directs.

The paper, which does not reveal the names of the seven investors, is co-authored by Lily Fang, associate professor of finance at INSEAD; Victoria Ivashina, associate professor of finance at Harvard Business School; and Josh Lerner, professor of investment banking at Harvard Business School. In an email to peHUB sister publication Buyouts for this column, Lerner suggested he wasn’t surprised with our results, writing that “…any individual program may outperform or underperform. That was the rationale for blending these investments together. Hopefully, this paper will inspire future work which will examine this question with substantially larger samples.”

Given the results achieved to date by OMERS Private Equity Renaud is already convinced directs make sense for investors — with an important caveat. “You’ve got to have the right team, the right people,” he said.

This column was written by David M. Toll, editor-in-charge of peHUB sister publication Buyouts, and first appeared in the March 4 issue of Buyouts. For Buyouts subscriptions, contact Greg Winterton at greg.winterton@thomsonreuters.com.