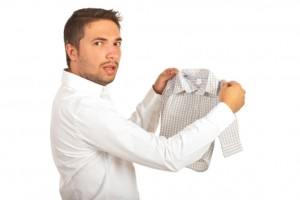 There was some breathless reporting being done yesterday that the California Public Employees’ Retirement System is (gasp) reducing the number of GP relationships in its portfolio, working to get the number down from 389 to somewhere around 120, according to various media reports (the first I saw was in Pensions & Investments).

None of the reports I read cited a timeframe for the reduction, and in fact, a spokesperson I spoke to said “decisions will be made on a case by case basis about how to achieve that.”

The thing is – for those of us who watch this industry, this isn’t news at all. It’s been long known that CalPERS, like many public pension systems in the U.S., is working to reduce the number of managers in its portfolio – to make it more manageable. It takes time and effort to monitor all these funds, meet with managers, travel to annual meetings, consider co-investment opportunities, etc. For the generally small staffs at public systems, smaller, more targeted private equity portfolios are the way to go.

This is part of the reason the private equity secondary market has been so hot over the past few years – breaking deal volume records in 2011 and 2012 with totals around $25 billion each year. Public systems like CalPERS have been unloading LP stakes on the secondary market in an effort to simplify their portfolios. (That is less true this year, as fewer public systems have sought secondary help in a hot exit environment that convinced many to hold their LP stakes quarter after quarter as distributions rose.)

CalPERS, though, seems to me to be a different kind of animal. Its full private equity staff totals around 60 employees (not all positions are filled right now). It seems to me this is a large enough team to handle a big portfolio. Compare that to some other public systems I know of, that, as far as I can tell, kidnap recent finance grads and force them to fly coach to Asia for due diligence meetings.

However, CalPERS has also been working to internalize a lot of the functions of running private equity and other investment programs, to save on costs. Shrinking manager relationships would go far toward that goal.

A shrinking of the private equity portfolio would not necessarily mean less capital allocated over the next few years, the CalPERS spokesperson told me. “We are in the middle of asset allocation decisions and nothing will be decided until February,” the spokesperson said.

So staying at the current allocation pace, but reducing the number of managers, simply means more money for those managers CalPERS chooses to partner up with. And that can mean a lot of money indeed. But also, perhaps, bigger headaches, because as is also well known in this industry, no LP negotiates harder than the suits in Sacramento.