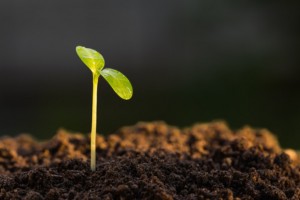 The California Public Employees’ Retirement System has put together a panel of financial industry veterans, as well as member of its own investment staff, to help the system review its emerging manager program.

CalPERS has been assessing the program since at least last year, when a ton of pressure was brought to bear on the system by the emerging manager community, which accused the largest pension fund in the U.S. of abandoning the strategy.

The rift grew so large that CalPERS staff skipped out on the annual Robert Toigo Foundation gala – the premier event for the emerging manager community, and one that CalPERS had long been a part of.

It grew worse when CalPERS fired its emerging private equity fund of fund manager Centinela Capital Partners, to which it had committed $1 billion over several years, and hired the former Credit Suisse Customized Fund Investment Group with a $100 million allocation.

Since then, the system has worked hard to counter the opinion that it has abandoned emerging managers.

The system recently hired Cambridge Associates to conduct a review of the emerging manager program, to identify “lessons learned and adopt best practices for evaluating investment managers and potential commitment of new capital to emerging managers.”

Cambridge has been conducting a review of 10 to 12 emerging managers in CalPERS’ portfolio to identify characteristics that contribute to the success of an emerging manager, according to documents from the pension system.

The panel is made up of an impressive mix of CalPERS investment staff and outside experts.

Meanwhile, CalPERS has made at least one commitment to an emerging manager, allocating funds to Peak Rock Capital Fund through Customized Fund Investment Group. Peak Rock closed its debut fund on $700 million earlier this year.

CalPERS also has a $200 million emerging manager program within its real estate portfolio, from which it has made commitments to Rubicon Point Partners, Pacshore Partners, Sack Properties and Paragon Commercial Group, according to the documents.