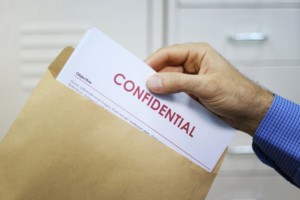 The California Public Employees’ Retirement System has lawyered up as it continues to face withering criticism from a financial blog that says the system is stonewalling its public records request. The system has brought in Steptoe & Johnson — the firm that ran CalPERS’ internal investigation into pay-to-play activities a few years ago — to help deal with a data request from blog Naked Capitalism in a situation that has escalated to almost absurd levels.

CalPERS is not talking, preferring to leave it to the lawyers to handle the situation.

Some background: Naked Capitalism, published by a company called Aurora Advisors, has been trying since September to get a massive file of CalPERS private equity performance dating back to 1990. The blog is run by Susan Webber, who writes under the pseudonym Yves Smith.

After repeated failed attempts to get the public records request filled, Aurora filed a petition in California Superior Court recently, asking a judge to force CalPERS to comply with the request.

The last time I spoke to CalPERS, a spokesperson assured me the request was being taken seriously and the system was working to satisfy the request. The process has taken so long because of a few specific issues, which I’ll go into in a moment. This week I discovered CalPERS indeed attempted again to satisfy the data request, and again failed to accomplish what it is legislatively obligated to do.

The blog has been trying to get the exact same information received by a group of academics who used the massive store of performance data for a study they published last year. The study, called “How Fair are the Valuations of Private Equity Funds?”, used quarterly valuations and cash flows from 761 funds to show that over the life of a fund, GPs are conservative about valuing investments, until it comes time to raise a follow-on fund. Then they begin to inflate valuations, which reverses again once the fund is raised.

Under California’s Public Records Act, once an agency sends information to one member of the public, that information becomes public. However, the last batch of information Naked Capitalism received included far fewer than 761 funds.

This is where a big issue springs up for CalPERS: The problem is the performance data was not released in an official way, and therefore, there’s no record for the system’s public records people to trace. Apparently this information was released informally by somebody within the system. CalPERS won’t tell me who released the information or if they are in any trouble for apparently emailing the system’s entire history of private equity performance to some professors in Europe.

The performance information was apparently the same information you can find on the CalPERS website, except that it went much further back in time. There was a moment when I thought maybe the information contained valuations for portfolio companies and good, juicy stuff like that — which, if made public, would be a pretty staggering development for the private equity world.

I’m no genius (or so I’ve been told), but seems to me there had to have been a way to handle this situation without bringing in the lawyers. Here’s what I’d like to know — who released the data? And should this data release be considered a leak, a mistake, a favor?