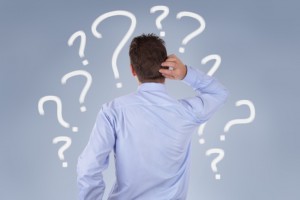 The year 2007 was a heady time. I can remember working in New York City during those years when jobs were all over the place and everyone seemed to be making money. One company I worked for sponsored monthly bar nights for all employees.

Having never truly experienced a downturn (as a working professional), I kind of thought it was normal that people could basically walk in and out of jobs at will, there was so much opportunity (at least from my perspective).

Looking back, that was the crest of the wave, of course. We’re all smarter now … right?

But I’m always interested when little reminders of those days leak out into the present. I got one of those reminders recently when I read a Bloomberg story about a private equity firm called Health Evolution Partners.

Health Evolution Partners was formed in 2007 by former Bush administration official David Brailer, the former national coordinator for health information technology within the U.S. Department of Health and Human Services.

But despite that lack of track record, the California Public Employees’ Retirement System committed a total of $700 million for two funds—$500 million for a growth fund and a $200 million for a fund of funds. CalPERS also took an ownership stake in the management company, according to a regulatory filing with the U.S. Securities and Exchange Commission.

Health Evolution Partners has been trying to sell CalPERS’ stake in the growth fund and bring in new capital, according to a source in the secondary market, confirming the Bloomberg report. The status of Health Evolution’s relationship with CalPERS is not clear, though a CalPERS representative said the pension fund is “still evaluating our options with Health Evolution Partners.” The representative declined to discuss the options. It’s not clear if CalPERS also wants to sell its ownership stake in the management company.

Why would the largest public pension in the U.S. pledge $700 million to a guy who—impressive resume notwithstanding—had no investment track record?

“We wanted deep medical and policy expertise, working with our existing private equity but positioned a little different,” former CalPERS portfolio manager Mike Dutton told Bloomberg in 2009 about the partnership. Dutton is no longer with CalPERS.

Federico Buenrostro, who recently pleaded guilty to bribery and fraud in connection with a scheme involving CalPERS’ investments, enthusiastically introduced the partnership in 2007.

The partnership is a reminder of the enormous amounts of capital at play back in the height of the credit bubble, before the global financial crisis drowned the exuberance—the ripple effects of which were felt even in this little, shadowy corner called private equity, where LPs are still going through the process of wringing themselves dry.