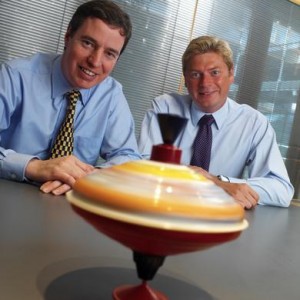 The firm believes the market is now back on track and aims to build on its already impressive track record which saw it return an IRR of 50% between 1999 and 2004, compared to the 9.6% IRR of the upper quartile early stage funds during the same period.

Ray Edgson, ventures director at Cambridge Consultants, said: “To make a truly successful venture you need three key ingredients – the right people, the right technologies and the right market conditions. With confidence now restored in the global technology markets, we believe that it is people that make the essential difference between average and truly great new ventures. Our track record of success in this area, and an IRR in excess of 50%, shows that our unique culture allows us to develop just such people.”

CCL has been after a partner since the Spring of 2006, and decided to award the mandate to Esprit, formed by the merger of Cazenove Private Equity and Prelude Ventures, based on its expertise in early stage technology combined with its ability to provide later stage funding. The capital for the fund with CCL will come from Prelude Trust, Esprit’s listed vehicle which specialises in early-stage technology investments.

The fund’s first investment is expected to occur next year and will be in one of CCL’s core markets of wireless technologies, drug delivery, diagnostics, radar and electronics. The company has created over twenty ventures over the last 25 years, many of which later listed on the London Stock Exchange. This includes such names as printing businesses Domino and Xaar, investment company Prelude Trust, European venture success story Cambridge Silicon Radio (CSR) and medical devices specialistVivid (sold to Vectura). Other successful spin-offs include Alphamosaic and Inca, who have subsequently been acquired by Broadcom for €93m and Dainippon Screen for €43.8m, respectively. Both sales were achieved within five years of the companies being formed.

Spin-outs from Cambridge Consultants collectively employ almost 3,000 people, many of whom are headquartered in the Cambridge area.