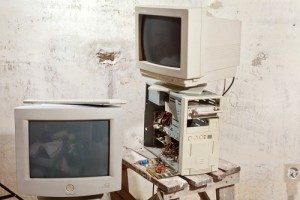 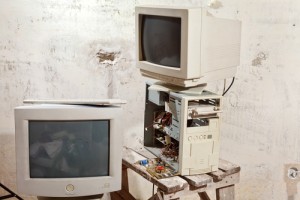 Private equity has got its eye on the tech space—and 2013 could be the year where aging mega-corporates begin to see increased interest from LBO shops looking to make the most of one-time technology darlings on the decline. Consider the evidence:

–Dell Computer, with a market cap of north of $20 billion, is reported to be the target of a buyout attempt by Silver Lake and others
–Dell’s M&A and strategy chief Dave Johnson left the company to take on a role at Blackstone, it was reported earlier this month, suggesting growing interest in tech deals at one of the country’s largest buyout shops
–Marlin Equity Partners stepped in to snap up a piece of joint venture Nokia Siemens Networks in December; earlier Nokia found another buyer for its Vertu luxury handset business in EQT, a European LBO firm.

Even Yahoo! was rumored to be the object of private-equity desires, at least until the company poached Google executive Marissa Mayer to turn it around. In a year where worldwide LBOs were flat compared to 2011, in the United States the increase in deal activity can partially be attributed to more tech transactions by PE, according to Thomson Reuters research.

One-time public market stalwarts of the ‘80s and ‘90s (and even the 2000s!) could be turned into deconstruction projects, and that is where the LBO shops fit, at a time when shareholders are hoping to realize more value. Still, there are plenty of places where tech-focused PE firms will not play. One major LBO firm executive told peHUB his shop wasn’t interested in Research in Motion, because it did not want to have to pursue patent disputes. It will take more than IP to entice a PE firm.

Of course, should more online-dinos like AOL (which became the darling of public markets in the year that was supposed to be Mark Zuckerberg’s) make a mint on patent deals, perhaps private equity could change its tune. At least one private investor is already marching to a different beat after leaving a struggling, behemoth corporate.

As Hewlett Packard scaled back and eliminated various initiatives to support startups, H-P managing director Bernard Slede set out to launch a firm that acquires patents, Breakthrough Venture Partners. (H-P’s investment team wasn’t the only corporate VC shop to see a shakeup; former Nokia investing arm BlueRun Ventures has lost personnel and is said to be struggling to raise a new fund).

Obviously, that wasn’t all that H-P lost recently (gone are billions’ worth of market cap on the heels of the inexplicable disaster that was the Autonomy acquisition). There have been, obviously, plenty of pundits predicting the company’s breakup is on the way. With the smartphone business facing a Google-Apple duopoly and the desktop going the way of the dodo, public shareholders could become aggressive pushing mature tech companies toward value realization—and private equity would be one of the very few exit opportunities.