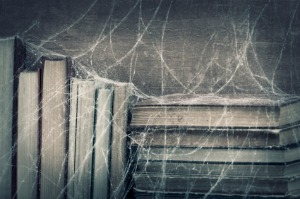 Depending when they bought in, VCs and PE firms that backed companies in the education text publishing space are hitting the books, or being hit by them. But they’re still buying in—no doubt about that.

The list of factors that can be blamed runs deep and wide: the looming $1 trillion (yes, with a ‘t’) student debt cliff may choke education lending, and the textbook industry along with it. The traditional concept of university attendance is being replaced by the quickie-online degree—saving trees comes at a cost. Cash-strapped states are slashing K-12 and higher learning budgets. And, of course, there’s the tablet effect: soon, textbooks may be replaced wholesale by auto-updated e-books, which completely eliminates the need for print.

Charlesbank Capital Partners bought The Princeton Review’s test prep business last week in a $33 million deal as the company—now shifting its considerably-diminished weight toward online education—fights to keep afloat independently. Other graduate test prep businesses are also deal targets, but buyers might be scarce: law school applications are plummeting as would-be JDs are increasingly reluctant to take on a degree and debt no longer guaranteed to translate into a lifetime career.

While Charlesbank timed its play to snap up assets at a discount, other PE firms have spent more time in the space—and much more money. Five years ago, Apax Partners and OMERS Capital Partners teamed up for a $7.75 billion buy of the higher education, careers and library reference assets for universities and students belonging to Thomson Corp. (prior to that company merging with Reuters to form the parent company of this blog, Thomson Reuters). That wasn’t all; the company, which the sponsors came to call Cengage, would spend another $750 million on Houghton Mifflin’s college division. Now, its debt is trading at distressed levels–not that Houghton Mifflin wound up doing so well, either: more than a target for PE firms, its assets are regularly ripe pickings for restructuring attorneys.

Used to be that a college campus’ recycled bookstore was about the only place a kid could score a bargain at the beginning of a semester. Now, thanks to online auctioneers like Chegg—which just banked an estimated $130 million in revenue, singlehandedly sucking the life from the textbook biz—it is that much easier to obtain a gently worn book, and that much more difficult to sell a new one. Chegg itself is no lightweight, however, having raised nearly $250 million—with another $25 million in March. For VC firms Foundation Capital, Kleiner Perkins and IVP, among a lengthy roster, it remains to be seen where, how and if this company will exit. Of course, if early-stage investors had an opportunity to create secondary market exits—Chegg equity has been spotted by peHUB sources on exchanges like SharesPost offered at $8 to $9 per share—it is possible they, like Twitter stakeholders, already took advantage of a lucrative liquidity event.