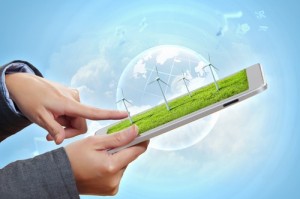 A new study by the Calgary-based Pembina Institute says Canada lags its top competitors when it comes to investing in emerging clean technology sectors. According to interviews with leading entrepreneurs, investors and others, a key problem is access to venture capital financing. The Pembina report also noted that Canadian companies have accounted for only two per cent of clean energy patents granted in the United States since 2002, compared to Korea’s five percent, Germany’s seven percent, and Japan’s 26 percent.

TORONTO — Canada’s clean technology sector is a major driver of job growth and innovation, and could be worth $60 billion by 2020 barring current federal policy and financing barriers, says a new report by the Pembina Institute.

Competing in Clean Energy: Capitalizing on Canadian innovation in a $3 trillion economy details the opportunities and challenges facing Canada in the global transition to clean energy — a market set to grow to $3 trillion by 2020.

“While meteorologists in Australia add new colours to their temperature forecast maps following record heat waves and wild fires, clean energy entrepreneurs in Europe, Asia and the U.S. are busy capitalizing on investments in decarbonizing energy systems,” says Ed Whittingham, executive director of the Pembina Institute and co-author of the report.

“With the Harper government’s focus set on accelerating development of Canada’s fossil fuel commodities — from oilsands to shale gas and coal — Canada is currently capturing just one percent of the thriving clean energy market.”

With more than 700 companies, Canada’s cleantech sector grew job numbers by 11 per cent and invested almost $2 billion in research and development between 2008 and 2010.

Yet venture capital investment, especially from large institutional investors, is declining: from about $3.3 billion in 2000 to less than $1 billion in 2012. And Canadian companies have landed only two per cent of clean energy patents granted in the U.S. since 2002, compared to Korea’s five per cent, Germany’s seven per cent, and Japan’s 26 per cent.

“Canada can compete in the global clean energy economy, but the clock is ticking,” says Whittingham. “The Prime Minister was right when he said that Canada needs to be a clean energy superpower to compete in the energy of tomorrow, but he needs to get serious about it now. While we might do well as a natural resources powerhouse today, those returns could be short lived.”

Visit the Pembina Institute’s website to download a copy of Competing in Clean Energy or to read the executive summary.

See a multimedia presentation of the report’s findings in the latest episode of Green Energy Futures.