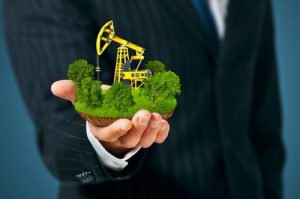 Private equity ratcheted up its activity in Canada’s oil patch in 2014, signalling a potentially dramatic shift in the energy industry’s funding sources.

To date this year, 46 oil and gas deals have absorbed $6.3 billion in disclosed values, according to Thomson Reuters‘ data. That’s more than triple the $1.8 billion invested in all of 2013.

In fact, PE investment at the end of November has already broken all past records, surpassing by 33 percent the previous high of $4.7 billion invested in 2007.

The unprecedented flow of PE dollars into the oil and gas sector is timely, as many Canadian energy producers have recently been afflicted with capital shortages. The cause: a precipitous drop in public financings.

“The 30-year tap in public markets was turned off,” said Pentti Karkkainen, co-founder of and senior strategy advisor to Canadian private equity firm KERN Partners. He said this created major challenges, especially for junior companies that have relied heavily on public money to fund their exploration and development projects since the 1980s.

Karkkainen believes a turn away from public markets will be beneficial in the long run.

“For years we had an environment that was driven by short-term public markets,” he said. “The new opportunities available in the Western Canadian Sedimentary Basin require a capital model that is prepared to think long term. We are now seeing a refocus on things that make sense.”

Karkkainen believes this refocus will be facilitated by private equity, which appears to be filling much of the void left by public equity.

The trend has to a large extent been led by Calgary-based firms, such as KERN, ARC Financial Corp, JOG Capital, Annapolis Capital and Camcor. Since 2012, domestic PE fundraising has brought roughly $3 billion of new capital to energy deals. And there’s more to come. For example, in July KERN launched its fourth fund, KERN Energy Partners IV Fund, which is targeted to raise $750 million.

Institutional investors with deep pockets, such as Canada Pension Plan Investment Board (CPPIB) and Ontario Teachers’ Pension Plan, have also increased their activity, ponying up funds for direct deals and co-investments.

Additionally, well-heeled U.S. PE firms have lately established a larger presence north of the border. U.S. investors were responsible for some of 2014’s largest new deals, such as the $675 million financing of Canadian Non-Operated Resources, led by Riverstone Holdings, and Apollo Global Management’s US$500 million commitment to CSV Midstream Solutions.

In short, both local and foreign investors are deploying far greater sums to Canadian energy transactions than ever before.

Karkkainen said this supply is a response to burgeoning demand, as today’s deals have become highly cash-intensive. Acquisition and development of reserves, for example, requires much larger outlays than in the past, as does drilling, particularly as a result of new horizontal multi-stage fracked wells.

M&A adds to the froth

An upsurge in M&A activity in 2014 has also helped to spur PE dealmaking.

Deloitte’s mid-year Oil & Gas Mergers and Acquisitions Report pointed to a rebounding international market, with a 38 percent increase in energy deal values to US$141 billion in total. The United States and Canada captured 61 percent of this amount.

Thomson Reuters also reported that increasing Canadian M&A in the first nine months of 2014 was being led in the oil and gas industry.

Deloitte partners Jamie Avey and Nelson Whitmore said that M&A has been fueled at the large end of the spectrum. “We are seeing the same number of deals today relative to several years ago, but the capital intensity is much greater,” Whitmore said.

A key source of PE opportunities has been major producers that are rationalizing or realigning their business operations, often by selling non-core assets.

For example, Encana Corp played an essential part in 2014’s largest oil and gas transaction: The $2 billion sale of its Bighorn assets in Alberta to Jupiter Resources, a portfolio company of Apollo.

Karkkainen said these deals are highly appealing to PE-backed junior companies, which “can buy non-core assets at reasonable prices and focus on getting a home run at low cost.”

Is the party over?

Deloitte’s Whitmore does not believe this likely because of private equity’s “countercyclical view of markets” and “the long term nature of its investments.”

Karkkainen agreed, noting that “energy is always a risky business.” He added that large-sized PE deployments will probably continue due to billions in projected cash shortfalls in the industry’s upstream and midstream segments.

He also believes the shift away from public to private market funding of Canadian oil and gas companies will continue in the years ahead.

“The role of private equity in Canada has been behind where it is in the United States,” he said. “The momentum is now with a private equity model that brings together in an aligned way great management teams, time to build and supportive capital.”

Photo of oil pump in investor’s hand courtesy of Shutterstock

Photo of oil pump and sunset courtesy of Shutterstock