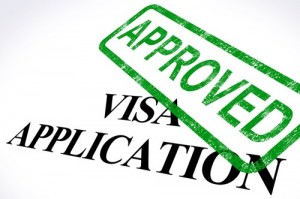 Canada’s new immigrant entrepreneur program, Start-Up Visa, was launched on the 1st of April. The program requires that non-resident entrepreneurs obtain funding from a Canadian angel investor group or venture capital firm when applying for relevant visas. Citizenship and Immigration Canada, which administers the program, has established a list of eligible investors following consultations with Canada’s Venture Capital and Private Equity Association and the National Angel Capital Organization.

Foreign entrepreneurs who receive venture capital funding from a designated venture capital fund or angel investor group will qualify for the new Start-Up Visa Program (CICS News) Citizenship and Immigration Canada (CIC) announced on Thursday that foreign entrepreneurs would be able to start applying for the newly created Start-Up Visa Program on April 1st of this year.

“Canada is open for business to the world’s start-up entrepreneurs,” said Citizenship and Immigration Minister Jason Kenney in announcing the launch date.

“Innovation and entrepreneurship are essential drivers of the Canadian economy. That is why we are actively recruiting foreign entrepreneurs – those who can build companies here in Canada that will create new jobs, spur economic growth and compete on a global scale – with our new start-up visa.”

To qualify for a Start-Up Visa, a potential immigrant must receive venture capital funding from a fund and angel investor group designated as a recognized venture capital investor by CIC, in partnership with Canada’s Venture Capital and Private Equity Association (CVCA) and the National Angel Capital Organization (NACO).

A full list of designated venture capital funds and angel investor groups can be seen on the CIC website.

The Canadian Start-Up Visa Program is the first permanent residency program of its kind in the world but will still have to contend with competition for global start-ups from other countries which offer temporary residency and other perks to attract foreign entrepreneurs.

Singapore for example offers the EntrePass (Entrepreneur Pass), which provides business visas to qualifying individuals seeking to start a business in the country, and a competitive business environment, with no capital gains tax, a low income tax, and no fiscal deficit.

While inviting foreign business people and entrepreneurs to Canada undoubtedly contributes to the Canadian economy, an analysis on the income trends of Canada’s economic class immigrants, conducted by CICS News in January, suggests that the full potential of the capital and talent invited to Canada might remain unrealized unless the country’s business environment becomes globally competitive in terms of expected after-tax returns on investment made in the country.