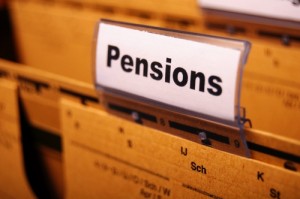 The landmark study commissioned by several members of the Top Ten and conducted by The Boston Consulting Group (BCG) provides, for the first time, data on the aggregate impact of these global organizations. The study is an in-depth examination of the economic impact of these pension funds to the end of fiscal 2011. The study concludes the Top Ten are a Canadian success story on the world stage.

The Top Ten represent a major cornerstone of the Canadian financial system and the economy at large. Over the last 10-15 years, the Top Ten have established the reputation of Canadian pension funds management as truly world-class. This reputation has opened doors around the world to investment opportunities that benefit the Canadians receiving pensions as well as their communities as a whole.

“This study is the first of its kind covering a group of financial institutions whose daily activities have an enormous impact on the retirement prospects of current and future generations of Canadians, and on the economy at large,” said Kilian Berz, Senior Partner and Head of BCG Canada. “Several factors have enabled their success, with a core factor being a strong governance structure that allows the funds to operate as a business in the best interests of their members.”

Among the key findings:

•The Top Ten pension funds are healthy, growing, and increasingly important to Canada as it faces challenging demographics and economics
•They have created a centre of excellence in Canada for managers of quality, large-scale investments
•They manage ~35% of Canada’s retirement assets
•Their net assets grew by more than 100% in the previous eight years
•They have invested roughly $400 billion in Canadian enterprises, including $100 billion in real estate, infrastructure and private equity
•They are strong proponents of good corporate governance practices, ultimately improving the efficiency and effectiveness of capital markets
•They comprise four of the top 20 global commercial real estate investors
•They also comprise four of the top 20 global investors in infrastructure assets
•They directly employ 5,000 professionals in the Canadian financial sector and an additional 5,000 employees in their real estate subsidiaries.

The Top Ten funds managed, at the end of 2011*, $714 billion in pension funds – ~35% of Canada’s total retirement assets. This total includes all public and private sector pension plans, RRSPs and other registered savings plans. This is broadly distributed among the ten and ranges from the $162 billion managed by the Canada Pension Plan Investment Board (CPPIB) to $14 billion by the OPSEU Pension Trust (OPTrust). Since BCG’s study, which was conducted in the fall of 2012, the funds have continued to grow, with recent reporting periods indicating a total of roughly $775 billion in pension assets.

The Top Ten’s $714 billion in pension assets under management in 2011 is an increase of more than 100% since 2003, over a period in which the world faced one of its most challenging economic periods. Two-thirds of the increase has been driven by solid investment returns of $240 billion vs. net inflows to the funds made by members and their employers of $125 billion.

“During a highly volatile period of time that encompassed the worst financial downturn since the Great Depression, the Top Ten have managed to more than double their pension assets, driven primarily through their investment activities,” said Michael Block, the project lead from BCG. “This strong performance underscores the Top Ten’s role as a cornerstone of Canada’s well-regarded retirement income system.”

The funds have focused on prudent investments offering attractive, risk-adjusted returns in public and private equities, infrastructure, real estate and bonds. The Top Ten are “major long-term investors in Canada,” with over $400 billion invested across various asset classes in Canada. BCG also found the Top Ten to have a broader impact on the Canadian financial sector with a $1.5 billion payroll and ability to attract and retain top Canadian talent.

Canadian pension funds are highly regarded around the world, having invested in, for example: one of the largest electricity transmission and distribution companies in the U.S.; the operator of seven UK airports including Heathrow; three Chilean water utilities; and one of the largest and most profitable insurance providers in South Korea; among many, many others.

The keys to success

Canada has become a centre of excellence for managers of quality, large-scale investments with more than 5,000 men and women employed in investment origination, asset management and operations at the Top Ten. The funds are recognized widely by global media and financial communities as significant long term players, and these institutional investors have participated in some of the largest deals in recent years.

“The Top Ten benefit from two key strengths: professional, active management of diverse assets and a low cost structure,” the study concludes. “Management expense ratios of the Top Ten on average are much lower than other actively managed pension funds, and mutual funds, and are comparable to the cost of passive index Exchange Traded Funds.”

BCG found the funds’ successes can be strongly attributed to a well-developed governance structure that allows them to operate in the best interests of their contributors – a structure BCG believes to encourage good corporate governance practices throughout Canada’s capital markets. Other success factors are their discipline and freedom to manage as businesses; sufficient scale to gain access to large, capital intense assets.

* Due to differences in reporting periods the data quoted for some pension funds is from its fiscal year 2012, which ended on March 31, 2012

Like many other nations, Canada is experiencing challenging demographics and economics that make excellence in the management of these funds even more necessary. These factors include longer lifespans, lower and declining retirement ages, a dwindling ratio of workers to retirees, low interest rates and volatile capital markets.

The study examined external rankings of retirement systems and found Canada’s to be among the strongest in the world; ahead of the United Kingdom, the United States and Germany. This achievement is strengthened by professional investment excellence, a consolidated approach to managing capital and recognition that scale is critical to success.

These materials excerpted by the Top Ten from the Study referenced are provided for discussion purposes only and may not be relied on as a stand-alone document. The Study was prepared by BCG at the request of several members of the Top Ten using public and/or confidential data and assumptions provided to BCG by the Top Ten. BCG has not independently verified the data and assumptions and changes in the underlying data or operating assumptions will affect any analyses and conclusions set out in the Study. BCG shall have no liability whatsoever to any third party with regard to these materials or the Study, including the accuracy or completeness thereof.