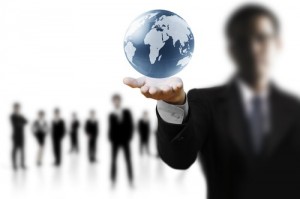 Only one-sixth of Canadian businesses adopt a strategy focused on competing in global markets, according to a survey by the The Conference Board of Canada. This is despite the claim that companies operating globally earn between 10% and 30% more in net income. The survey also found that internal cash is the primary source of innovation funding for most companies, ahead of funding from governments, private equity firms and banks.

OTTAWA, July 17, 2013 /CNW/ – Canadian companies that focus on expanding into competitive global markets outside of North America – and orient their innovation efforts to compete globally – reap the best bottom-line results. However, only about one-sixth of Canadian firms adopt an innovation strategy that focuses on competing in international markets, according to 2012 Survey Findings: The State of Firm-Level Innovation in Canada, published by The Conference Board of Canada’s Centre for Business Innovation.

“Few companies pick the most successful innovation strategy of expanding to provide products and services to new international markets, even though these firms earn between 10 and 30 per cent more net income than their counterparts using other approaches,” said Bruce Good, Executive Director of the Centre for Business Innovation. “Most Canadian firms prefer to operate within provincial or national borders – or in North America – rather than competing in international markets.”

Fewer than 15 per cent of companies adopt a strategy to expand their territory-market, even though these firms often have better financial performance than the companies pursuing other innovation strategies.

Most prevalent challenges for innovation include lack of funding, organizational culture, poor innovation training, fear of risk, lack of executive focus, and lack of innovation measurement.

Internal cash is the source of innovation funding most used by Canadian firms. Government financing is the second most frequently used source of funds, ahead of private equity and bank financing.

There is a strong correlation between the intensity of innovation efforts and company performance – but only if innovation activities are well managed.

Funding for firm-level innovation was identified as a challenge among survey respondents. Internal cash — from within an operation or obtained from the headquarters of the corporation – is the most frequently-used source of funds, followed by government funding. In addition, firms that look to expand the size of their markets/territory make more use of internal financing and less use of government funding or private equity than do firms with user- or technology-driven innovation strategies.

“It is not clear if use of internal cash is by choice or by constraint. In any case, it is interesting that neither private equity nor government financing is more readily available for territorial expansion, given the fact that the companies with such innovation strategies achieve higher average financial performance than other firms do,” said Michael Bloom, Vice-President, Organizational Effectiveness and Learning.

The Conference Board of Canada’s Centre for Business Innovation (CBI) is a five-year initiative launched in 2012 to help bring about major improvements in firm-level business innovation in Canada.
The previous CBI report, Financing Innovation by Established Businesses in Canada concluded that many firms lack the knowledge and skills to present their requests for innovation funding in a sufficiently appealing form (including plausible risk management) to attract capital on terms that are acceptable to the would-be innovator firms.

This report, The State of Firm-Level Innovation in Canada, is the second in a series of reports that go deep inside the firm to provide insight into the status of firm-level innovation in Canadian industry. It is based on an extensive survey of Canadian industry that generated over 600 responses from leaders in firms of all sizes and provinces. The next report will delve deeper into some of the metrics used by firms to enhance their innovation outcomes.

SOURCE: Conference Board of Canada