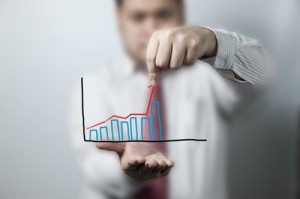 Canadian mergers and acquisitions showed a “modest rebound” in the second quarter, according to Crosbie & Company. The Financial Post Crosbie: Mergers & Acquisitions in Canada database found 234 transactions announced in this period, which is up 9.4% from Q1 2013, and values totaling $44.7 billion, up 52%. Crosbie said that while growth “was not overwhelming, it represents a break from a declining multi-quarter trend and a return to a more normal range of quarterly activity.” See peHUB Canada‘s feature on the implications for private equity investors of slow M&A activity.

A Better Quarter but Still Muddling Along

There was a modest rebound in Canadian M&A activity in the second quarter following the sluggish performance in the first quarter. According to the Financial Post Crosbie: Mergers & Acquisition in Canada database, 234 transactions were announced in the second quarter resulting in a total value of $44.7 billion. This represents a 9.4% increase in activity from the first quarter of the year and a 52% increase in total value. While the increase in announcements was not overwhelming, it represents a break from a declining multi-quarter trend and a return to a more normal range of quarterly activity.

“The improvement this quarter is encouraging but not entirely surprising,” said Colin W. Walker, Managing Director at Crosbie & Company. “Business conditions continue to remain relatively favourable for M&A in most industry sectors and could support much higher levels of activity,” he added.

Financial sponsors kept up their steady pace of activity from last quarter with 11 announced transactions over $100 million, valued at $9.3 billion. This is up from last quarter’s 10 announced financial sponsor transactions totalling $8.1 billion. This quarter’s level of activity is consistent with that observed in most quarters since Q1 2011 (with the exception of Q4 2012 where proposed U.S. tax changes prompted an unusually high level of sponsor activity – a record 21 announcements). Pension funds were active this quarter, participating in a total of 5 transactions valued at $3.6 billion. Ontario Municipal Employees Retirement System (OMERS) was particularly active, making two acquisitions of over $1 billion. OMERS and Alberta Investment Management Corporation acquired Vue Entertainment Limited for a total of $1.5 billion; OMERS also acquired CML HealthCare Inc. for $1.2 billion.

For the second consecutive quarter Real Estate was the most active sector, posting a total of 72 deals worth $7.8 billion and representing 31% of total quarterly M&A activity. Consumable Fuels was the second most active sector in the quarter, with 40 transactions for over $2.8 billion in value. These two sectors accounted for 47.9% of total activity in the quarter and 3 of the 11 largest transactions of the quarter. Announcements in Q2 were down in two of the five sectors which are typically the most significant – real estate (down 9%) and mining (down 33% to 10 announcements).

“Activity picked-up in 3 of the 5 typically most active industry sectors in Q2 2013 – industrial products, consumable fuels and financial services,” said Mr. Walker. “However, mining was very weak and real estate also showed some quarter-over-quarter weakness, likely reflecting the shift in interest rates that began in May.”

The information above and on preceding pages is a summary of Crosbie & Company Inc.’s analysis of each quarter’s M&A activity. The data is compiled from Financial Post Crosbie: Mergers & Acquisitions in Canada, the most extensive database on M&A activity in Canada.