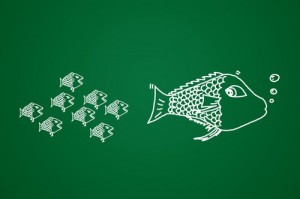 Mergers and acquisitions in Canada were down in the first quarter of 2013, reported Crosbie & Company. Led by activity in the real estate sector, the Financial Post Crosbie: Mergers & Acquisitions in Canada database found 195 transactions worth $25.9 billion in this period, which is the lowest in four years. Crosbie cited “macro-economic uncertainty, the impact of low rates, as well as certain sector-specific issues” as the potential causes of “lacklustre” M&A activity.

First quarter Canadian M&A activity was lacklustre and resumed the downward trend that began 5 quarters ago. According to the Financial Post Crosbie: Mergers & Acquisitions in Canada database, there were 196 transactions in Q1 worth $25.9 billion. Although the quarterly decline appeared pronounced with a decline in activity of 35% and 51% in value from the strong fourth quarter (301 transactions worth $52.8 billion), Q4 now looks like a relative outlier as M&A resumed its downward multi-quarter trend. Activity in Q1 was at the lowest level since Q1/2009 and has also declined below the general range of quarterly activity observed since the financial crisis.

“The softness is in many ways counterintuitive,” said Colin Walker, Managing Director at Crosbie & Company. “Many of conditions should be quite favourable for M&A transactions but obviously, something is holding the market back. Some of the culprits likely include the macro-economic uncertainty, the impact of low rates, as well as certain sector specific issues.”

Capital groups remained relatively active in the quarter with a total of 10 transactions over $100 million this quarter for an aggregate value of $8.1 billion. While down from 21 transactions last quarter, the showing this quarter is in line with the level of activity seen in most recent quarters. Canadian pension funds continued to be active, accounting for half of all the capital group announcements, three of which were real estate transactions; a continuation of the trend seen in recent quarter with pension funds actively acquiring local and international real estate assets. The largest capital group transaction in the quarter was the acquisition of Primaris Retail Real Estate Investment Trust by H&R Real Estate Investment Trust for $4.6 billion where Ontario Pension Board was one of the buyers.

“The weakness in M&A activity this quarter was very broad, impacting most sectors outside of Real Estate and Financial Services,” said Colin Walker. “Of particular note is the weakness in both Mining and Consumable Fuels which reflects the individual issues facing each of those sectors.”

“Canadian firms continue to actively pursue attractive foreign acquisitions, which is a testament to the relative strength of Canadian firms and is an encouraging indicator in spite of the sharp decline in overall activity this quarter,” commented Colin Walker.

The information above and on preceding pages is a summary of Crosbie & Company Inc.’s analysis of each quarter’s M&A activity. The data is compiled from Financial Post Crosbie: Mergers & Acquisitions in Canada, the most extensive database.