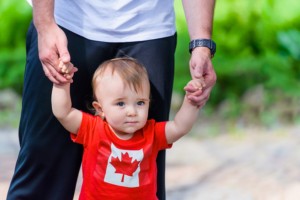 If you don’t already know Derek Senft, the second of three Senft family siblings, odds are that you will very soon. That’s because Derek, like his renowned father, has carved out a career in private equity. Derek Senft is vice president of Pender West Capital Partners, a family office that invests in small and medium-sized companies in Canada and the western United States.

Located in Vancouver and Toronto, Pender West targets lower mid-market opportunities, and enterprises with EBITDA in the range of $2 million to $6 million. The firm typically makes initial control-stake investments of up to $10 million, and has the ability to co-invest with other investors in larger deals. A key feature of Pender West’s market activity is its long investment horizon.

Unlike most PE firms that observe the standard three- to five-year holding period, Pender West actively manages portfolio assets for five to 15 years—or more. That quality is due to its multiple, closely knit family backers, of whom Rod Senft is a top investor. Derek Senft believes it creates particular alignment with business owners.

“Pender West’s investment philosophy is to buy, build and hold,” he told peHUB Canada. “It’s hard to locate truly great companies and partner with the exceptional individuals who manage them. We’ll only sell when there is a really compelling reason for doing so.”

Senft joined Pender West in 2012 and is one of its three investment pros. He quickly became integral to the firm’s dealmaking. For example, he originated its most recent investment—last December’s buy of Overland Container Transportation Services (OCTS), an Alberta-based provider of intermodal container transportation and storage services. Senft had ideal training for his chosen profession. Two years ago, he completed an MBA at the London Business School. Between 2006 and 2009, he was a senior associate at Tricor, where he effectively apprenticed for his current position at Pender West. He also put in several years as an investment banking analyst at CIBC World Markets.

“Private equity as a career choice was an evolution for me,” said Senft. “Over time I became intrigued with the business of growing businesses, and at Tricor I was able to work with some great managers and mentors who provided role models. Of course, my best mentor was my father.”

For his part, Rod Senft feels more than a little pride in his son’s accomplishments, though he does not see Derek as necessarily following in his footsteps. “When you raise wonderful kids, they naturally grow up to be fiercely independent,” he said. “Derek wanted to have more of a leadership role in his own operating firm. He has spent the better part of a decade preparing for the job he now occupies at Pender West.”

Pender West was founded in 2000 by managing directors Bruce Hodge and Wade Flemons and principal John Zaplatynsky. Former CWC Capital partners, Hodge and Flemons are long-time associates of Rod Senft, and the idea to launch the firm emerged from a series of deals in which they all partnered. Among the first was their acquisition in 1990 of Western Title, a Reno, Nevada, insurance agency.

Including Western Title, Pender West’s principals have invested in 10 platform companies over the past 14 years. The firm currently has five portfolio investments, which reflect a combined equity value of approximately $150 million. Going forward, it is poised to undertake more deals. In fact, Derek Senft was brought on to help drive Pender West’s sourcing of new opportunities, with the goal of completing one or two significant transactions per year. These will typically involve enterprise owners who are interested in selling or recapitalizing, as well as corporate divestitures.

Opportunities may reside in diverse sectors, but most often in food, trucking and logistics, packaging, recycled products, consumer products, business services and manufacturing and distribution. “The types of companies Pender West is looking for are leaders in niche sectors that we can continue to grow in the long term,” Senft said. He pointed to OCTS as an example. Pender West bought OCTS from founder Jean-Marc Binette because the company had over its 23 years become an intermodal trucking leader and showed potential for an expanded footprint in the industry.

“OCTS played to our strengths,” he said. Pender West also found a fit in the 2008 creation of Base 10 Group, a payroll and tax administration services provider to the film and TV industry. Its two subsidiaries, Canada Film Capital and EP Canada Film Services, were divested by Rainmaker Entertainment, an animation and visual effects studio and a former portfolio investment.

Like OCTS, Pender West is a majority owner of Base 10 alongside management partners. Senft said that after a period of “dramatic growth,” Base 10 is now a mature investment that continues to generate strong earnings. “Base 10 is where we aim to have all of our portfolio companies end up.” While Pender West and Tricor are separate organizations, they share a suite at 1111 West Hastings Street in Vancouver. Indeed, Rod Senft refers to the arrangement as “synergistic” and “a one-stop shop” for mid-market companies in search of a private equity partner.

Tricor’s current portfolio has also been active of late. One of the busiest investees is Avison Young, a Toronto-based commercial real estate services company that has expanded to 58 offices in North America and Europe from 11 five years ago. A “Canadian success story,” in Senft’s words, Avison this month bought Montréal project management specialist Roy et Tremblay—its 19th add-on since Tricor invested in 2011. Tricor has led the acquisition of 68 companies with more than $1 billion of total investor capital since inception.

After 18 years of dealmaking, Senft gives credit for the “outsized results” to the firm’s investment team. “I couldn’t be prouder of them,” he said. Tricor’s Rod Senft and Pender West’s Derek Senft both see challenges in today’s high valuation, capital-intensive North American market. “It’s the toughest market I’ve ever seen,” said Rod Senft. “To succeed in this environment, private equity firms need to be at the top of their game.” However, both believe opportunities continue to exist for experienced and knowledgeable PE investors, particularly at the lower end of the middle market.

“The space is these days more competitive as many investors have moved down market,” said Derek Senft. “But there are still lots of mid-market companies not being widely shopped.” The best of these can be accessed if you’re ready to “beat the pavement.” “It’s what you achieve during the difficult times that will set you apart,” he said.

Photo of father and son on the beach courtesy of Shutterstock