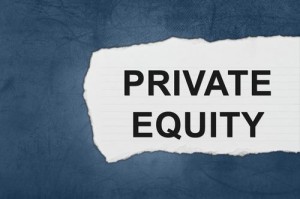 Canadian buyout and related private equity investment showed continued strength in 2015 with 408 deals (announced and closed) capturing $21.2 billion in total disclosed values, according to final data released by Thomson Reuters. Disclosed dollar flows in Canada last year were down 29 percent from 2014, but were still the second most robust since 2007, while the number of transactions was almost unchanged on a year-over-year basis. Canadian investors were especially active in global markets in 2015, joining 137 deals valued at over $159 billion. Buyout and other private equity funds in the domestic industry raised $10.1 billion in committed capital last year, down 31 percent from 2014.

Deal-making activity in Canada’s buyout and related private equity (PE) market showed strong resilience in 2015 with disclosed values of announced and completed transactions totaling $21.2 billion. Although this fell 29% short of the $31 billion of disclosed deal values in 2014, it still represented the second best year for Canadian PE deals since 2007. A total of 408 deals were announced or completed from January to December, down 5% from the prior year.

Canadian manufacturing companies accounted for the largest share of buyout-PE deal-making in the first three quarters with 67 transactions, or 16% of the national total. Consumer-related and software companies followed second and third with 41 and 40 deals respectively. When measured by disclosed deal values, oil & gas and manufacturing companies dominated the largest transactions with $6.7 billion and $4.1 billion respectively. Energy & environmental companies came in third place, attracting $1.8 billion in investment.

The majority of announced and completed buyout-PE transactions in the Canadian market in 2015 involved businesses that were located in Québec (45%) and Ontario (29%).  Ontario demonstrated the most growth over 2014, however, with 120 deals, a 17% increase. The number of deals done decreased in all other Canadian provinces and regions.

Though the number of deals done in Alberta declined in 2015, the province attracted the four of the top nine deals for the year, securing $8.2 billion. Ontario-based companies attracted the second largest share, with $6.6 billion, followed by Quebec companies with $5.7 billion.

Canadian buyout and related PE funds were substantially more active in international transactions in 2015 relative to any year before. Canadian funds led or participated in a total of 137 deals in other countries in 2015, and these were collectively valued at $159.2 billion. This compares against a total of 112 deals valued at only $24.6 billion in 2014. The largest foreign targets of Canadian buyout firms included CPPIB’s acquisitions of Cablevision Systems and Antares Capital, CDP’s acquisition of PetSmart, and CPPIB’s investment in Postal Savings Bank of China.

As with pervious periods, Canadian investment abroad was dominated by companies based in the United States. Of the 137 deals done, 64% were in American companies, and these deal values totaled $88.2 billion, or 55% of total deal values. Canadian PE firms led or participated in 28 deals over $1 billion in 2015, substantially exceeding the 15 such deals made by Canadian investors in 2007, previously the best year on record for foreign large-cap dealmaking.

The fundraising activities of Canadian buyout funds maintained strong levels in 2015 with a total of $10.1 billion of new capital committed. Though only 69% of the $14.7 billion raised in 2014, this was still a reasonable showing for Canadian funds, coming off the heels of three consecutive years of strong fundraising activity.