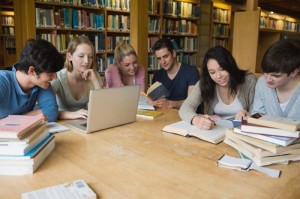 Textbookrental.ca Inc. has raised $415,000 in seed-stage funding. Seek Capital led the financing round with the participation of management. Based in Toronto, Textbookrental.ca rents and sells textbooks to college and university students in Canada. Update: Established in 2011, the company was previously financed by its post-secondary graduate and student founders.

Textbookrental.ca recently closed on a $415k seed round financing led by Seek Capital, with participation from management. The capital will be used to help the company accelerate increased sales activity for the upcoming school year and cement their status as the leading independent textbook company in Canada.

Textbookrental.ca rents textbooks to university and college students in Canada through their website, www.textbookrental.ca. They are also partnered with fifteen universities and colleges including George Brown College, Dalhousie University and Fanshawe College.
Textbook rental options changed the textbooks landscape in the US drastically over the past decade. Textbook rental giants such as Chegg, Bookrenter (Rafter Inc.) and Campusbookrentals have raised a combined $500 million and have become academic hubs for US college and university students. Founders Gershon Hurwitz and Michael Stock looked to bring a similar model into the Canadian market when the company was founded in 2011. They hired current CEO Brandon Luft in June 2012 to accelerate the company’s growth and increase its strategic partnerships.

The rise of online shopping has transformed the way in which students get their textbooks. Instead of just looking at the bookstore, students look at textbook rental sites such as ours, in addition to online marketplaces, to save huge amounts of money compared to full retail,” says CEO Brandon Luft.

Textbookrental.ca also runs a buyback service, whereby students can sell their used textbooks for cash. This can be done by either by mailing their books in or by dropping them off at an on-campus “depot.”