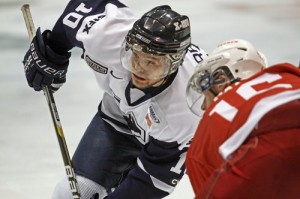 Pro Hockey Life is a premier sports retailer with 23 urban, high-end hockey stores operating in five provinces across Canada. It has annual revenue of approximately $95 million, a unique customer base, as well as a more extensive product assortment and depth of product offering than existing retail banners.

“Hockey isn’t merely something we sell in our stores,” said Stephen Wetmore, President and CEO, Canadian Tire Corporation.  “Hockey is in our DNA – whether it’s our relationship with the NHL, helping kids in need through our Jumpstart charity or supporting junior hockey players and teams across the country, we are a Canadian company supporting Canada’s game.”

“Whether Canadians aspire to be a champion in the playground or on a podium, Canadian Tire believes it has a role in helping active people and athletes succeed,” continued Wetmore.

“No one knows sports in Canada better than our family of Canadian Tire companies,” said Michael Medline, President, FGL Sports.  “This acquisition is a natural extension of our core authority in sports and hockey and Pro Hockey Life will be an excellent addition to our family of great Canadian companies.”

Upon conclusion of the transaction, Pro Hockey Life will operate as a banner under FGL Sports, joining super brands such as Sport Chek and Sports Experts.  The acquisition will bolster Pro Hockey Life’s capacity to provide Canadians with an unparalleled selection of hockey equipment, knowledgeable staff and excellent customer experience.  It will also provide FGL Sports with the ability to serve a broader cross section of hockey players of varying ages and skill levels.

“I am very proud of how we have grown Pro Hockey Life into a leader in hockey retail, thanks to the hard work and commitment of all of our employees,” said Scott Jackson, President, Pro Hockey Life. “Pro Hockey Life has a bright future as part of the Canadian Tire family and I have no doubt that the company will reach even greater heights within FGL Sports.”

This transaction, which builds on the successful acquisition of FGL Sports in August, 2011, is subject to receipt of certain regulatory approvals, third party consents and other customary conditions. Completion of the transaction is expected to close in the early part of 2013.