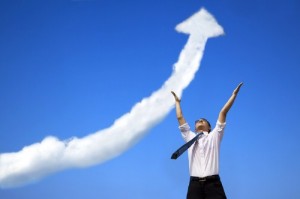 Venture capital  deal-making in Canada shot up in the first quarter of 2013, reports Thomson Reuters (publisher of peHUB Canada). Dollars invested totaled $460 million, up 55% from the year before, while companies financed grew 17%. Market activity was led in clean-tech sectors, which accounted for $180 million invested, or 39% of the total. IT-related activity took second spot, with $143 million invested, or one-third of all disbursements. VC-backed exits also rose sharply in Q1 2013, while fund-raising declined 44%.

Investments made in Canada’s venture capital (VC) market grew significantly in the first quarter of 2013. Dollars invested by VC funds totaled $460 million in this period, which is up 55% from the $297 million invested at the same time in 2012. Disbursement levels in Q1 2013 were also up 38% on a quarter-over-quarter basis, given the $334 million that was invested in Q4 2012.

The number of Canadian innovative companies financed with VC also increased between January and March. VC-backed firms totaled 137 this time around, or 17% more than the 117 firms reported in Q1 2012, and 6% more than the 129 firms reported in the final quarter of last year. The size of Canadian VC financings also inched higher in the first three months of 2013, with amounts invested per company averaging $3.4 million, up from $2.5 million one year ago, and from $3.2 million in Q1 2011. This trend was reflected in anumber of major VC deals done between January and March, which included financings of Vancouver’s AppNeta Inc., Boucherville, Québec’s Distech Controls Inc., and Toronto’s Keek Inc.

Greater VC deal capitalization in Q1 2013 contributed to some narrowing of the competitive gap in company financing sizes between Canada and United States. Innovative firms based in Canada secured 49% of the dollars going to counterpart firms in the United States in this period, compared to the 43% averaged in all of 2012.

In contrast with domestic market trends, Canadian VC fund activity in international markets was reduced in the first quarter of 2013. Canadian funds deployed a total of $32 million to non-resident companies in this period, down 37% year over year.

Trends in the US VC market

In contrast with the Canadian market, the pace of investment activity in the American VC market was somewhat slower in the first quarter of 2013. A total of US$5.9 billion was invested in 868 companies in the United States between January and March, or 6% below the US$6.3 billion invested at the same time in 2012.

Growth in Canadian VC investments in the first quarter of 2013 was led primarily in Western Canada and Québec. Québec deal-making was in the forefront this time around, with a total of $226 million invested, or 49% of all disbursements in the domestic market. VC invested in Québec in Q1 2013 was also better than quadruple the $54 million invested at the same time last year.

Ontario-based VC market activity saw $133 million Ontario invested between January and March, or 29% of total dollars invested across Canada, down from the 42% share taken during the whole of 2012. This trend is explained by a 16% drop in investment year over year, given the $158 million of VC which was reported flowing in Ontario the year before.

Both domestic and foreign VC funds were more active in the Canadian market in the first quarter of 2013. Taken together, Canadian funds invested a total of $364 million in this period, which is up 66% from the $219 million these funds accounted for at the same time in 2012. Private-independent VC funds and most of the other major Canadian fund types contributed to this year-over-year growth.

American and other foreign VC funds brought a total of $96 million to Canadian deals between January and March, or 24% more than the $78 million they invested the year before. However, because of the even larger increase in Canadian fund activity, foreign funds accounted for a relatively sub-par 21% of total dollars invested in Q1 2013.

Higher levels of Canadian VC market activity in the first three months of the year were located chiefly in clean technology and information technology (IT) sectors. In fact, alternative energy and clean-tech sectors led trends this time around, with 27 companies absorbing $180 million invested in total, an amount that exceeds the $144 million invested during the entire of 2012. As a result, clean-tech activity accounted for a well above-par 39% of total VC invested in Q1 2013.

A total of $150 million went to 56 IT companies between January and March, which is up 6% from the $143 million invested at the same time in 2012. This gave IT-related activity one-third of all disbursements in this period. Computer software, internet-focused and semiconductor firms accounted for most of the investment, taking $61 million, $35 million, and $21million, respectively.

In contrast, deal-making in biopharmaceuticals and other life sciences sectors was reduced in the first quarter of 2013, with 16 companies capturing a total of $40 million invested, or less than half of the $100 million invested the year before. Consequently, life sciences activity accounted for only 9% of total VC activity in Q1 2013, compared to its 24% share in 2012 as a whole.

Domestic and foreign VC fund exits from Canadian-based portfolio businesses got off to a strong start in 2013, with 15 liquidity events reported in total in the first quarter, or close to half of the 30 liquidity events which took place during the entire of last year. Strategic acquisitions accounted for by far the majority of exits, though activity between January and March also included two initial public offerings.

Among the highlights of VC-backed exit activity in Q1 2013 was the $510 million acquisition of Mississauga-based YM Biosciences Inc. by Gilead Sciences Inc. In addition, Toronto-based Sprectra7 Microsystems Inc. established a first-time listing on the Toronto Stock Exchange, raising an initial $28 million.

In contrast to deal-making, Canada VC fund-raising activity in the first quarter of 2013 lagged activity of one year ago, when a substantial number of major partnership closings were reported. This time around, new capital committed to a dozen Canadian funds totaled $381 million, down 44% from the $676 million committed to funds at the same time in 2012.

Fund-raising activity between January and March continued to be led by new partnerships and other private funds, including the $100 million Quantum Valley Investment Fund, managed by Quantum Valley Investments, and the initial $10 million raised for the premiere fund of Mistral Venture Partners. In total, private funds accounted for $193 million of new market supply in Q1 2013, with retail founds accounting for much of the balance, or $176 million.

Trends in US VC Fund-Raising

VC fund-raising activity in the United States also declined in the first three months of 2012, with new commitments totaling US$4 billion, down 14% from the US$4.7 billion that was brought into the market the year before. New commitments flowed to 35 American VC funds in this period, which is also down year over year.