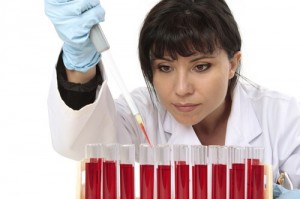 Cangene Corp.,  a Winnipeg, Manitoba-based developer and manufacturer of immune therapeutics, has closed its acquisition of the hemophilia product portfolio of Inspiration Biopharmaceuticals Inc. Cambridge, Massachusetts-based Inspiration, which has recently undergone bankruptcy proceedings, was previously a portfolio company of US private equity firm Celtic Pharmaceutical Holdings LP. Celtic has estimated the aggregate consideration of the deal could exceed US$1 billion.

WINNIPEG, Feb. 20, 2013 /CNW/ – Cangene Corporation (Cangene) today announces the closing of the acquisition of the investigational hemophilia compound IB1001 and certain other assets from Ipsen and Inspiration Biopharmaceuticals, Inc. in connection with Inspiration’s bankruptcy proceedings. Other assets acquired include two product candidates in pre-clinical development, IB1007 (a recombinant FVIIa) and IB1008 (a recombinant FVIII). The transaction was previously announced on February 6, 2013.

IB1001 is an intravenous recombinant Factor IX (rFIX) being developed for the treatment and prevention of bleeding episodes in people with hemophilia B. Hemophilia B is caused by a congenital FIX deficiency, leading to poor coagulation of the blood and potentially life-threatening hemorrhages. The IB1001 development program includes a comprehensive set of pharmacokinetic, safety, and efficacy data from Phase 3 clinical trials in people affected by hemophilia B, including a surgery sub-study.

IB1001 is under regulatory review by both the U.S. Food and Drug Administration (FDA) in the United States and the European Medicines Agency (EMA) in Europe. The FDA recently issued a Complete Response Letter (CRL) in connection with the Biologics License Application (BLA) for IB1001 and a clear path to approval has been defined which includes providing additional manufacturing and development information. No additional clinical data was requested under the CRL. A CRL is issued by the FDA when the agency determines that an application cannot be approved in its current form. Review of the Marketing Authorization Application (MAA) by the EMA is continuing through the regulatory review process.

John A. Sedor, President and Chief Executive Officer of Cangene says “With the closing of the acquisition behind us, we will focus on integrating the development of IB1001 into our pipeline as we drive hard towards licensure”. Mr. Sedor adds “We will use our significant experience in developing and commercializing biological products to respond to the additional regulatory requirements as we seek to address a significant global need for hemophilia B patients.”

Under the terms of the agreement, Cangene paid approximately $5.9 million upfront for IB1001 and other acquired assets, and will pay tiered royalties on net sales and make additional payments if certain sales milestones are achieved.

Oppenheimer & Co. acted as exclusive financial advisor, and Reed Smith acted as legal advisor, to Cangene on the transaction.

About IB1001
IB1001 is an intravenous recombinant FIX product being developed for the treatment and prevention of bleeding in individuals with hemophilia B. A Biologics License Application (BLA) was submitted to the United States Food and Drug Administration in April 2012, while in August 2011, a Marketing Authorization Application (MAA) was submitted to the European Medicines Agency. In July 2012, IB1001 was put on a clinical hold by the FDA due to a higher than expected rate of host cell antibody development in people treated with IB1001. While no relationship has been observed to date between the host cell protein (HCP) reactivity and the development of any antibodies to FIX or with the adverse event profile in patients, the clinical hold impacts two ongoing IB1001 Phase 3 clinical trials and may also affect the timelines for licensure in both the US and Europe.

The FDA recently issued a Complete Response Letter (CRL) in connection with the BLA for IB1001 and additional IB1001 manufacturing and development information will be required for the BLA. No additional clinical data was requested under the CRL. Prior to the acquisition by Cangene, Inspiration implemented manufacturing process changes for drug substance to significantly reduce the levels of HCP aimed at eliminating HCP responsible for the immunogenic response to HCP in some clinical trial subjects. Preliminary comparability data available to date on drug substance manufactured using the original and the modified processes suggest that the process changes have been successful with no observed deleterious effect on the factor IX protein itself. Review of the MAA by the EMA is continuing through the regulatory review process.

Cangene will immediately assume responsibility for the development of IB1001 and the regulatory activities required to meet these regulatory requirements.

About Hemophilia B
Hemophilia B, or as it was previously known Christmas disease, is a rare, inherited disorder occurring in about one in 25,000 male births annually. Approximately 25,000 people worldwide, including more than 4,000 in the U.S., have been diagnosed with hemophilia B. Hemophilia B patients have an impaired ability of their blood to clot, which is caused by having substantially reduced or no FIX activity. People with hemophilia B need FIX injections to restore normal blood coagulation and prevent frequent bleeding that could otherwise result in pain, irreversible joint damage and life-threatening hemorrhages. Currently, prophylaxis in hemophilia B typically requires injections of FIX up to three times weekly to maintain adequate levels of clotting factor in the blood.

About Cangene Corporation
Cangene Corporation (TSX: CNJ), headquartered in Winnipeg, Canada, is one of the nation’s oldest and largest biopharmaceutical companies. It is focused on the development and commercialization of specialty therapeutics. Cangene’s products are sold worldwide and include products that have been accepted into the U.S. Strategic National Stockpile. Cangene has offices in three locations across North America. It operates manufacturing facilities in Winnipeg, Manitoba and Baltimore, Maryland (through its wholly-owned subsidiary, Cangene bioPharma, Inc.) where it produces its own products and undertakes contract manufacturing for a number of customers. Cangene also operates a plasma-collection facility in Winnipeg, Manitoba under the name Cangene Plasma Resources. Its U.S. sales and marketing office is located in Philadelphia, Pennsylvania. For more information about Cangene, visit the Company’s website at www.cangene.com.

Cautionary Note regarding Forward-Looking Information
This document contains forward-looking statements about Cangene, including its business operations, strategy, and expected financial performance and condition. Forward-looking statements include statements that are predictive in nature, depend upon or refer to future events or conditions, or include words such as “expects”, “anticipates”, “intends”, “plans”, “will”, “believes”, “estimates”, or negative versions thereof, and similar expressions. In addition, any statement that may be made concerning future financial performance (including revenues, earnings or growth rates), ongoing business strategies or prospects, future use, safety and efficacy of unapproved products or unapproved uses of products, and possible future action by the Corporation are also forward-looking statements. Forward-looking statements are based on current expectations and projections about future events and are inherently subject to, among other things, risks, uncertainties and assumptions about the Corporation, economic factors and the biopharmaceutical industry generally. They are not guarantees of future performance. Actual events and results could differ materially from those expressed or implied by forward-looking statements made by the Corporation due to, but not limited to, important factors such as sales levels; fluctuations in operating results; the Corporation’s reliance on a small number of customers including government organizations; the demand for new products and the impact of competitive products, service and pricing; the availability and cost of raw materials, and in particular, the cost, availability and antibody concentration in plasma; progress and cost of clinical trials; costs and possible development delays resulting from use of legal, regulatory or legislative strategies by the Company’s competitors; uncertainty related to intellectual property protection and potential costs associated with its defence as well as general economic, political and market factors in North America and internationally; interest and foreign exchange rates; business competition; technological change; changes in government action, policies or regulations; decisions by Health Canada, the United States Food and Drug Administration and other regulatory authorities regarding whether and when to approve drug applications that have been or may be filed, as well as their decisions regarding labeling and other matters that could affect the availability or commercial potential of drug candidates; unexpected judicial or regulatory proceedings; catastrophic events; the Corporation’s ability to complete strategic transactions; and other factors beyond the control of management.

The reader is cautioned that the foregoing list of important factors is not exhaustive and there may be other factors listed in other filings with securities regulators, including factors set out under “Risk and Uncertainties” in the Corporation’s Management Discussion and Analysis, which, along with other filings, is available for review at www.sedar.com. The reader is also cautioned to consider these and other factors carefully and not to place undue reliance on forward-looking statements. Other than as specifically required by applicable law, the Corporation has no intention to update any forward-looking statements, whether as a result of new information, future events or otherwise.