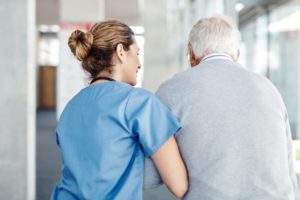 InTandem Capital Partners is evaluating the sale of Cano Health, a rapidly growing provider of primary care for seniors throughout Central Florida, according to four people with knowledge of the matter.

Moelis has been engaged to advise on the sale process, the people told PE Hub.

Deal books have yet to be distributed to potential buyers and a process has not formally kicked off; however, sources said the Miami-based company has engaged in early stage conversations with a number of sponsors.

The company held fireside chats as early as mid-January during the JPMorgan Healthcare Conference in San Francisco, one of the people noted.

Cano is expected to market EBITDA in the $65 million to $70 million range, two of the people said, while a third said an EBITDA figure as high as $90 million could be used when accounting for its slew of recent acquisition activity.

It’s too early to pin down price expectations, sources said, agreeing that Cano will likely be a complicated asset to value given how quickly it has grown through M&A: “How do you figure out what’s integrated, or if it’s not, how do you assess the risk around the integration?” one of the people said, adding that some acquisitions have been highly structured transactions with earn-out components, for example.

Still, one source speculated the company could command an EBITDA multiple in the 12x to 14x range. Another source suggested that risk-bearing medical groups, broadly speaking, might trade for multiples as high as 15x to 16x EBITDA.

Inc. Magazine in August ranked Cano as the No. 6 fastest-growing private company across all industries, having produced three-year revenue growth of 14,000 percent. Inc. in a 2019 story, said Cano expected to hit more than $350 million in 2019 revenue, up from approximately $272 million a year earlier.

Fueled by an aggressive M&A playbook, the primary care group has grown rapidly since InTandem formed the Cano Health brand in January 2017, when it simultaneous merged and acquired two clinics, Cano Health and Comfort Health.

While a robust level of private equity interest is anticipated, sources were at odds over whether Cano would field serious interest from strategic buyers.

One of the people said that given its size Cano is certain to attract interest from large payers. Another disagreed, noting that while UnitedHealth’s Optum could be interested, Cano does a lot of business with Humana, which could present risk.

“Taking risk in primary care is a sector that all the [healthcare] PE firms are very interested in,” a third source commented.

Cano, whose primary care clinics are tailored to seniors in the Medicare Advantage market, operates a risk-bearing or capitated care model, through which doctors take on risk for the services they provide, sources said.

In addition to primary care, the company provides comprehensive medical services such as wellness centers, arthritis & pain management, vascular care, among other things. Cano also describes itself as a population health company.

InTandem appears set to make out well in a potential sale. The firm bought the pair of initial primary care clinics for roughly $30 million, Cano CEO Marlow Hernandez, who founded Cano in 2010, told Inc. magazine in its 2019 report.

New York-headquartered InTandem is led by Founder and Managing Partner Elliot Cooperstone, the former CEO of Prodigy Health Group, a health plan acquired by Aetna in 2011.

InTandem invested exclusively in the healthcare services arena alongside CI Capital from 2011 to 2015.

Today InTandem invests in healthcare and insurance services companies. While it is flexible in terms of deal size and structure, it primarily targets companies with $5 million to $15 million.