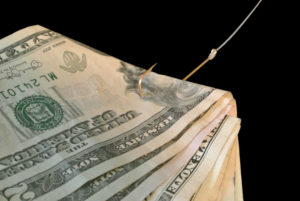 We’ve got another shocking SPAC announcement to talk about this morning.

The transaction values Cano at an enterprise value of $4.4 billion, implying a 3.1x multiple of estimated 2021 revenues of $1.45 billion, an announcement said. The deal includes an $800 million PIPE.

To many, the valuation is likely jaw-dropping (no pun intended). Cano received final bids in a sale process from a small group of large buyout funds in late October, I wrote. At the time, the sell-side was hoping to fetch a valuation of close to $2 billion, whereas sponsors in the mix were anticipated to bid in the low $1 billion range. There was a big debate over what real EBITDA was worth at that time, sources told me.

The outcome not only blows any previous value expectations out of the water, but looks like a clear homerun for InTandem Capital Partners. The firm backed Cano in January 2017, buying the pair of initial primary care clinics that formed the platform for roughly $30 million, Cano CEO and Founder Marlow Hernandez told Inc. magazine in 2019.

What’s your take on such primary care models and are there any other any SPAC deals brewing we should know about?

In other shocking news… Short seller Muddy Waters waged a huge attack against MultiPlan late Wednesday, claiming the business is on the brink of losing its largest customer. Hellman & Friedman-backed MultiPlan, a provider of cost containment solutions to healthcare payers, agreed to merge with Churchill Capital Corp. III in an $11 billion deal this summer.

The deal comes after GHO earlier this year boosted its stake in Envision, buyout out Ardian’s stake in a transaction valuing the business at $750 million-plus.