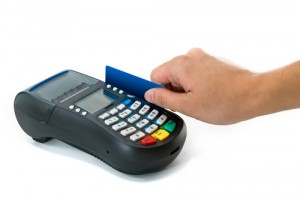 Camden Partners has closed its latest investment in the payment processing space.

On Tuesday, Camden led a round of growth equity financing for Capital Payments, a provider of payment solutions for U.S. and Canadian merchants. Other investors in the round included CCA Financial Partners, Hamilton Investment Partners and Capital’s senior management, according to a statement.

It’s unclear how big the round was but some estimate it’s likely $10 million to $15 million. One person says the equity was about $8 million. CCA Financial Partners and Hamilton, both existing investors, re-upped. Metropolitan Equity Partners, a New York PE firm that invested in Capital Payments in 2009, also took part in the current round, but its investment was “small,” a different source says. Metropolitan has provided more than $6 million to Capital Payments, the person says.

“In Capital Payments, we found a unique opportunity to capitalize on the rapid growth in SaaS while providing integrated IP based payment processing solutions,” said Shane Kim, a Camden partner and managing member, in a statement. Kim, who led the deal for Camden, is joining Capital Payment’s board along with Todd Sherman.

The financing round is the third for Capital Payments, which has been in talks with private equity firms for more than a year, a different source says. No bankers were involved in the deal, sources say. Atlanta-based Capital Payments plans to use part of the funding to acquire a payment gateway provider. Officials for Capital Payments declined comment and refused to disclose what company they were buying.

With its investment, Camden and CCA Financial are now the biggest investors of Capital Payments, sources say. The deal is also the latest fintech investment for Camden, a Baltimore, Md.-based PE firm. Camden has previously invested in Planet Payment (Camden owned about 11.5% of Planet Payment as of Dec. 31, according to SEC filings) and exited CardSystems. John Perry, the current CEO of Capital Payment, is also the former CEO of CardSystems.

Camden provides growth equity for companies in business services, healthcare and education. The PE firm typically puts in from $5 million to $10 million equity per deal. The firm will take majority or minority positions in transactions.