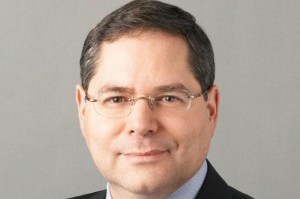 The Pritzker Group announced earlier this week that they had scooped up Carbone, who will help lead their private equity practice. The Pritzker Group manages the PE assets of J.B. and Tony Pritzker, who are brothers and part of the billionaire Chicago family. The Pritzker Group targets middle market, North American companies with enterprise values between $50 million and $400 million. Carbone will be working with Tony and J.B., who currently lead the unit.

The group has made eight investments including Entertainment Cruises, which operates dining cruises; Clinical Innovations, a medical device maker; and, Carter Water, a distributor of construction supply materials. The group also has a VC arm, New World Ventures, which does smaller deals. (However, the Pritzker Group was not part of the recent $3 billion sale of TransUnion to Advent and GS Capital. TransUnion is a legacy holding that was distributed to the Pritzker family, a spokesman says)

Carbone, 50, will officially join the Pritzker Group on March 5. We caught up with him by phone.

Baird, under your leadership, now manages more than $2.8 billion in capital, which is up from $23 million in 1994. Why leave?

I wasn’t looking to leave Baird. This sort of opportunity comes along once in a career. It’s an opportunity to work closely with Tony [Pritzker] and J.B. [Pritzker] to build a private equity business to the next level. To build on what they’ve done and grow it. What is attractive about the Pritzker Group is that it’s middle market focused. But it’s permanent capital, long-term in nature and they want to build value. It’s not short-term value creation but long-term value creation. They’re not constrained like traditional PE funds are to a time line. You stir all that together, and with the Pritzker Group, there is a significant opportunity to build a business and create returns.

PE firms typically sell their holdings within seven years. Do think this time constraint is a weakness?

That’s an element of the PE business model. Permanent capital, like what the Pritzker’s have, allows you to do different things with different flexibility. It’s not bad or good…the way the Pritzker’s approach the world is if they want to hold a business long-term if they can. It can be decades. They have significant capital.

How much money does the Pritzker Group have?

They have a meaningful amount of capital. And they’re looking to do a significant number of investments over the coming years.

We will be stepping up the deployment pace. We will also be looking to add talent. Today there are 10 investment professionals at the Pritzker Group. We will be looking to add several more to an already talented team…I will be working with J.B. and Tony to run the PE group.

Because of Mitt Romney’s presidential run, there’s been a lot of bad press about private equity. Do you think the PE industry isn’t doing enough or isn’t organized enough to fight this?

Personally, I think the whole issue is a distraction. I don’t understand why it’s an important issue. I don’t think this industry is as understood as much as it should be. But I think there are plenty of other topics to be talking about in a political campaign.

Will you be voting for Romney?

Here’s a hard question. The Chicago Bears versus the New York Giants, who’s going to win next year?

What books are you reading now?

I’m reading a book called “Drive: The Surprising Truth About What Motivates us” by Daniel Pink. The next book I’m going to read is “Thinking, Fast and Slow,” by Daniel Kahneman, a Nobel laureate.