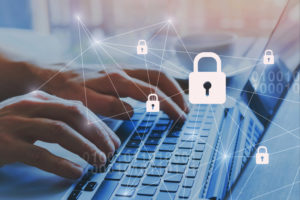 Update: On Monday, Nov. 11, OpenText announced it would acquire Carbonite for $23 a share in a cash deal. Including debt, the transaction values Carbonite at $1.42 billion.

Offers are due by the end of this week, the sources said. J.P. Morgan is advising the company on its sale, the people said.

KKR & Co and Evergreen Coast Capital are the finalists in the process, one of the sources said. Vector Capital is also in the mix, people said.

The bidders are trying to sign a deal before Nov. 12, when the company is scheduled to announce its third-quarter earnings, two people said.

Boston-based Carbonite provides data protection and cybersecurity services to consumers and small-to-mid-size businesses. Its services include data backup, endpoint protection and disaster recovery, among others.

Carbonite produced about $27.35 million Ebitda on $202.7 million in revenue for the six months ended June 30, according to Carbonite’s second-quarter earnings statement. The company also reported a net loss of $9.3 million for the same time period.

Bids are expected to come in at $19 to $20 a share, or a 20 percent to 30 percent premium to Carbonite’s volume-weighted average stock price of $15.68 a share, which measures the moving stock price and trading activity since July 2019, one source (of five) said.

Carbonite expects bids to come in at $20 a share minimum. Bidders, however, will likely offer $19 at the highest, another source said. At $19 a share, Carbonite would be valued north of $1.1 billion, including debt.

Whoever buys Carbonite should have a significant cost-reduction plan, sources said.

In March, Carbonite acquired Webroot, a cybersecurity provider for managed service providers and small businesses, for $618.5 million in cash. For that deal, Carbonite secured a $550 million term loan with a floating rate based on LIBOR plus 3.75 percent, according to the company’s announcement at the time.

The Webroot acquisition was aimed to create synergies between two companies serving similar clients, two sources said. However, Carbonite’s second-quarter earnings missed analysts’ revenue expectations and the companies have not outlined their integration plan yet, the people said.

Shortly after the earnings report, Carbonite’s CEO Mohamad Ali stepped down from the company, which then started to explore alternatives, the sources said.

Carbonite, which comprises a consumer-focused business and a corporate-focused business, is also facing headwinds from larger competitors, one of the sources said. Its consumer business, which provides disaster data recovery, is suffering from the proliferation of data recovery providers like Apple iCloud and Google Cloud, the person said.

The company’s stock was trading at $18.25 at market close on Thursday, up 1.45 percent from Wednesday.