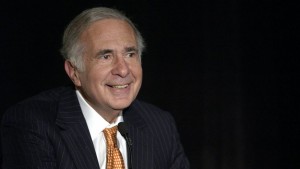 Pep Boys said on Monday its board had determined that Icahn Enterprises LP’s offer of $16.50 per share in cash was superior to that of Bridgestone Corp’s latest offer of $15.50 per share.

Icahn revised his offer for Pep Boys on Friday evening, Pep boys said in the statement. Reuters’ calculation of the deal value is based on 54.61 million shares outstanding as of Oct. 31.

Bridgestone had said on Oct. 26 that it would buy Pep Boys for $15.00 per share, a deal that would boost its retail network by more than a third in the United States.

Icahn had reported a 12.12 percent stake in Pep Boys earlier in December and said the company’s retail automotive parts business would be a perfect fit for Auto Plus, a a competitor he owns.

Both Icahn and Bridgestone had earlier raised their offer price for Pep Boys to $15.50 per share.

The average age of light vehicles in the United States is expected to reach a new all-time high of 11.6 years in 2016, according to IHS Automotive, as automakers continue to improve the reliability of vehicles.

Long life of automobiles is good news for auto part retailers like Pep Boys, that are likely to continue growing their business, analysts say.

“While we see a possible counter-offer from Bridgestone Americas, which had agreed to pay $15.50 per share, we see a reduced likelihood of an extensive bidding war based on Bridgestone’s decision not to exceed IEP’s previous bid,” S&P Capital IQ analyst Efraim Levy wrote in a note.

Pep Boys said on Monday it notified Bridgestone of its intention, and the Japanese company would have until 5.00 p.m. ET on Wednesday to make further proposals.

Pep Boys has been on the block since June, when it said it was considering selling itself as part of a strategic review.

Bridgestone did not respond to an email requesting comment.