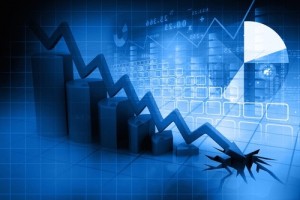 Private equity GPs are deluding themselves if they believe they can exit at the same high multiples at which they are entering investments today, according to Carl Thoma, managing director at Thoma Bravo.

Thoma provided a cold shot of reality during his keynote speech Wednesday at Buyouts Chicago. Private equity returns will come down, he said, reflecting a perception held by a lot of professionals in the industry. Brooks Zug, senior managing director and co-founder of HarbourVest Partners, made similar points during his keynote speech in March at the Buyouts East conference.

On Wednesday, Thoma was asked how we would approach private equity as an LP in today’s environment.

“If I was an LP, I would be trying to convince my board and investment committee that private equity returns in the future are going to come down,” he said. “Not in the short run. There’s a lot of profits in pipeline … [but we need to] start to manage down expectations in our industry.”

Returns will be impacted by the high prices GPs are paying today, he said. “I’ve never seen multiples paid on cash flow higher in my life,” he said.

Thoma gave a recent example of a company that sold for 12x that was acquired in 2012 at 9.4x. “The growth prospects are not as good today as they were back then,” he said.

Thoma Bravo has focused on selling more than it is buying for the last five years, Thoma said.
The firm last year closed it eleventh fund on $3.6 billion and this year closed a “top-off” fund on just over $1 billion.

To counter a decline in returns, GPs should invest cautiously and show “discipline and responsibility in how we spend money,” Thoma said.

“Just don’t take undue risks because you’re in denial returns in this industry aren’t going to come down,” he said.

Thoma suggested the bullish fundraising environment for the most in-demand funds is contributing to the high prices GPs are paying.

“The only way to avoid returns coming down will probably be if LPs give us less money, funds get slightly smaller and everyone spends more cautiously,” Thoma said.

GPs should be aware of LP disillusionment with the asset class as returns come down, and as GPs continue to make money through management fees. Thoma shared a chart showing endowment exposure to alternatives, which grew through the 2000s in relation to equities but is starting to drop as equity exposure rises.

On a more positive note, one area where managers can make good returns is the middle and lower middle market because inefficiencies continue to exist there, he said.

“That’s the reason middle market funds will probably be double or triple oversubscribed,” he said. “The lower middle market is a good place to be.”

Thoma Bravo believes it should have a presence in the lower middle market, he said.