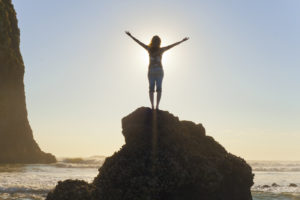 Carlyle Group is evaluating the sale of Newport Academy, whose teen-treatment centers address everything from mental health to eating disorders, sources familiar with the upcoming process said.

Jefferies has been engaged for sell-side financial advice, the sources said. A process is expected to launch in the next couple of weeks.

A sale is expected to produce a deal valued at more than $1 billion, sources told PE Hub. Newport’s EBITDA lies north of $80 million, the people said, which implies the Newport Beach, California-based company has grown significantly since Carlyle invested.

Although a deal was never publicly announced, sources in 2017 told PE Hub that Carlyle had made an investment in Newport through its US Equity Opportunity Fund, which focuses on North American mid-market and growth opportunities. The strategy’s second pool closed in February 2016 at its $2.4 billion hard cap, with plans to make equity investments of $20 million to $200 million.

Ahead of Carlyle’s investment, the business generated 2016 run-rate EBITDA just north of $20 million, sources said. Moelis advised on the prior sale process.

Newport Academy was launched in 2009 by Executive Chairman Jamison Monroe Jr, a recovering addict. The company, with a presence on both the West and East Coasts, provides treatment programs to teens and young adults who are struggling with trauma, mental health issues, eating disorders and substance abuse. Its services include female- and male-only residential treatment programs, outpatient substance abuse and mental health programs, as well as day schools, through which both recovery counseling and academic programming is offered.

For Carlyle, Newport isn’t its only bet behind the growing behavioral healthcare segment, which is only seeing more demand coming out of the pandemic.

In December 2018, Carlyle acquired Odyssey Behavioral Health from Nautic Partners in a deal valued at about $200 million, people familiar with the matter told PE Hub.

Other businesses that deal with mental health and addiction treatment include Discovery Behavioral Health, a portfolio company of Webster Equity Partners. The company is a leading behavioral health provider specializing in the evidence-based treatment of alcohol and drug addiction, eating disorders and a broad array of mental health conditions.

There’s also FFL Partners-backed Summit BHC, whose sole focus has been the provision and management of specialty chemical dependency and addiction disorder services through a flexible and dynamic continuum of care.

In other brewing behavioral healthcare activity, Welsh, Carson, Anderson & Stowe is evaluating the sale of SpringStone, a network of behavioral healthcare hospitals it backed and founded over a decade ago, sources with knowledge of the matter previously told PE Hub. Centerview Partners and Moelis are providing financial advice on the process, which is targeting a valuation upward of $1 billion.

In other areas of behavioral healthcare services, LifeStance Health and Refresh Mental Health traded hands in 2020.

TPG last April agreed to buy LifeStance Health in a deal valued at $1.2 billion, representing a high teens multiple of EBITDA, while Kelso & Co. later in the year clinched a deal for Lindsay Goldberg‘s Refresh in a deal valued close to $700 million, PE Hub wrote.

Carlyle did not return requests for comment while the company could not immediately be reached. Jefferies declined to comment.

Update: This report has been updated to clarify 2016 financials for Newport.