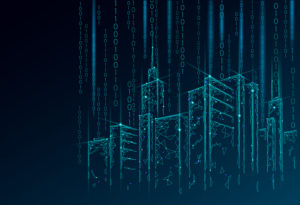 Carlyle Group has clinched its first post-covid investment out of its new flagship buyout fund, finding conviction in a company the firm owned once before.

Unison, based in Dulles, Virginia, provides software that allows government entities to buy goods and services for their various agencies. The company allows procurement officials to acquire those goods and services, as well as provides transparency and compliance with federal acquisition regulations through software automated workflows.

The business has proven resilient during the economic downturn, making it an attractive asset to own again and continue to grow, Michael Gozycki, managing director at the firm, told PE Hub.

“It just felt like a very safe investment where we can bring Carlyle’s resources to bear.”

Carlyle previously owned the company between 2005 and 2010. Carlyle exited its investment through a sale to JMI Equity, which subsequently held Unison for five years through its 2015 sale to Abry Partners.

Now, said Gozycki, if he had to pick one business to own in the covid world, it’s Unison.

“In this era of covid, having the benefit of working with the same exact team we worked with between 2005 and 2010 – that just goes a long way [with respect to] our comfort level, our conviction,” the investor said.

While Carlyle is now coming in at a much higher valuation, the investment is logical from a risk-adjusted perspective and considering Unison’s growth potential, Gozycki said.

The business has consistently grown in terms of both revenue and profitability, according to the investor. The firm also plan to scale and support the company through further acquisitions that reinforce Unison’s current market position or give it a foothold in adjacencies such as government contracting, Gozycki said.

Carlyle has been active in the technology space as of late.

Carlyle’s investment came out of Carlyle Partners VII, an $18.5 billion fund that makes majority and strategic minority investments primarily in the US. The fund closed in July 2018.