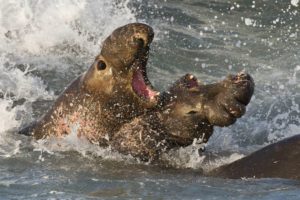 -By Sarah Pringle and Chris Witkowsky

Carlyle Group and Singapore sovereign wealth fund GIC may be able to walk away from an agreed deal because of what is essentially a logistical issue.

Delaware Chancery Court Vice Chancellor Joseph Slights on Thursday denied American Express GBT’s request for an expedited trial to decide whether Carlyle Group and GIC can walk away from its agreement to take minority stake in the company for about $1.5 billion.

Lenders can terminate their agreement if the transaction doesn’t close by June 30, meaning without an expedited trial, the deal is likely toast. That includes a more than $1 billion credit facility syndicated by Credit Suisse.

“Even under best of circumstances it would be an extraordinary feat to prepare for an MAE case in five or six months,” Slights said. The “unprecedented circumstances that appear to have given rise to this litigation also unfortunately render it impracticable and imprudent to grant the relief the plaintiff has requested.”

Carlyle and GIC want to walk away from their agreement due to changing market conditions from the pandemic economic turmoil impacting the company’s finances.

American Express GBT argued the buyers deliberately delayed raising pandemic issues, which could have come up in February, until April. The company’s lawyer called it “another case of post-pandemic buyer’s remorse.”

But a lawyer for Carlyle/GIC said the company did not reveal financial impacts of the pandemic until March 30. These projections are what led the buyers to cite a material adverse event causing them to pull out of the deal.

Besides the pure logistical challenges of preparing for and running a full-blown trial in 48 days, under lock down, Slights emphasized that the transaction’s financing condition has not been completed.

In conjunction with the agreed upon recap, American Express GBT was in discussions to buy another undisclosed travel company. If that transaction is no longer being pursued, the company is required to conduct a refinancing to obtain a net indebtedness that would be higher.

Carlyle’s consent is needed for that secondary transaction to occur, and Carlyle has given notice that it has not given consent. The firm alleged the transaction could not move forward given the company’s current financial constraints.

Violating the agreement, the company said it would not complete the refinancing.

“I cannot order time to stop. I cannot shrink the amount of work to get [American Express GBT] where it wants to go. And I cannot end covid-19,” Slights said.

Future of dealmaking in the age of coronavirus