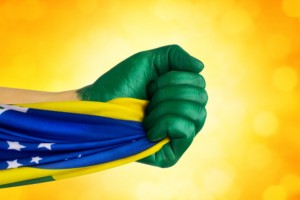 The Carlyle Group is in the market targeting about $452 million for its second “local” Brazil fund, called Fundo Brasil de Internacionalização de Empresas FIP II, according to a person with knowledge of the situation. The New York Times reported on the fundraising earlier.

The fund is a follow-up to a “local” Brazil fund the firm raised in 2011, which closed on about $225 million in partnership with Banco do Brasil. That fund was raised alongside the pan-South American Carlyle South America Buyout Fund, which closed on $776 million. The local fund invested side-by-side with the bigger vehicle, according to a press release from Carlyle at the time.

The fund is considered “local” because its limited partner base is made up of local institutions and even local Brazilian pensions. Brazilian pensions have long avoided investing in foreign-based private equity funds unless granted a seat on the investment committee. GPs and other LPs usually are not willing to go along with this type of structure because it gives too much decision-making control to investors, which in private equity structures are supposed to be passive.

“What you’ve seen…is that the high quality GPs…have raised all their money outside of the country, so as not to deal with that [investment committee] issue,” said one U.S.-based limited partner with experience in Latin America.

The exact structure of the Carlyle fund and how it will work with Brazilian pensions is not clear. Carlyle declined to comment.

Fernando Borges, the head of Carlyle’s South American buyout team said in a past speech the local fund has benefits both for Carlyle and Banco do Brasil.

“Banco do Brasil brings origination and leverage capabilities while Carlyle brings deal execution and portfolio management capabilities. [The bank’s] participation utilizes a separate vehicle including pension fund resources, which allows them to invest alongside our main fund and participate in many of the same deals that our other funds did,” Borges, managing director at Carlyle, told the Latin American Private Equity and Venture Capital Association in 2013.

Carlyle joins a fundraising market that is crowded at the upper end, with big names like Advent International, Patria Investimentos, Gavea Investimentos, Grupo BTG Pactual and Vinci Partners all in the market or expected back this year. Patria recently closed its fifth Brazil private equity fund on $1.8 billion after about eight months in the market.