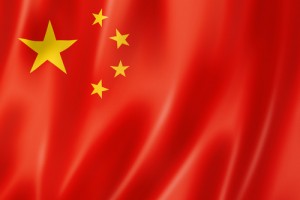 While Carlyle Group, Kohlberg Kravis Roberts & Co. and TPG Capital move to reach a combined fundraising target of about $13.5 billion for their new Asian buyout funds, the biggest prize in the Far East — China — remains a tough place to do acquisitions, an overseas deals lawyer told peHUB.

“You hear particularly from private equity firms that there’s a lot of money in China but not a lot of activity going on, because it’s hard to find the right companies to invest in,” said David Cheng, a partner at Nixon Peabody and leader of the firm’s China practice. “Hopefully things will pick up. You see a lot of private equity in China with a lot of money, but there are no deals. “

The China Securities Regulatory Commission has upped its scrutiny of overseas mergers, leading to a cautious environment right now, he said.

Sounding a hopeful note, Cheng said Carlyle will win points in Asia if it manages to close its proposed $3.7 billion Focus Media Holding Ltd. acquisition as the largest LBO in China. The deal is up for a Focus Media shareholder vote this coming Monday in Hong Kong.

“If you’re involved in a deal, your name will get across to other parties — it is a good business development, clearly,” Cheng said in a phone interview.

Mark DeWeaver of Quantrarian Capital, a hedge fund manager specializing in Asia, said Carlyle could benefit from stronger capital markets in China if it floats an initial public offering for Focus Media down the road.

“If the goal is to re-list Focus Media in Shanghai or Shenzhen, I think the deal makes sense from a timing point of view,” DeWeaver said. “Those markets have most likely bottomed and may well be on much higher multiples a few years from now.”

While regulatory scrutiny may slow things down, the powerful combination of Carlyle, KKR and TPG and war chests filled with billions of dollars help these global deal makers to prevail over time. Perhaps the biggest risk may be possible bidding wars over targets.