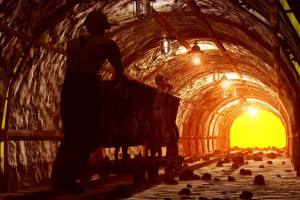 (Reuters) – Carlyle Group CG.O, along with other investors, has agreed to acquire a majority stake in metals trader Traxys Group, in the latest move by the U.S. private equity firm to boost its presence in commodities as big banks scale back.

Carlyle will buy the stake along with affiliates of investor Louis Bacon and Traxys management for an undisclosed sum from private equity firm Pegasus Capital Advisors, Kelso & Co and Resource Capital Funds.

The acquisition comes at a time when large banks such as JPMorgan JPM.N, Morgan Stanley MS.N and Deutsche Bank AG  DBKGn.DE are pulling the plug on physical commodities trading amid increasing government scrutiny and dwindling margins as demand from top importer China slows.

This is opening up opportunities for trading houses and private equity firms to snap up established assets that offer them a quick foothold in top markets.

Traxys is a physical metals and minerals commodity merchant, logistics and trading firm with annual turnover of more than $6 billion, according to the joint statement from the companies.

Louis Bacon is the founder and principal investment manager of New York-headquartered Moore Capital Management,  which invests in global financial markets and private equity markets and is best known as a hedge fund.

But assets at Vermillion more than halved to around $900 million in the nine months to December, suggesting investor redemptions at the fund after some negative returns.

Commodities as an asset class has suffered from falling prices amid growing signs of an economic slowdown in China, the biggest buyer of most raw materials from copper and iron ore to rubber and cotton.

Morgan Stanley was the financial adviser to Traxys for the deal which is expected to close in the third quarter subject to regulatory approvals.