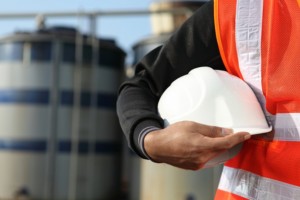 The Carlyle Group is approaching a second close on its second energy mezzanine fund on around $1.3 billion, according to two people with knowledge of the fundraising.

The second close is expected toward the end of this month, one of the sources said.

Carlyle launched Energy Mezzanine Opportunities Fund II last year targeting $2.5 billion. The fund held a first close on about $700 million, said one of the sources, an LP who has heard the fund pitch.

The GP will commit a minimum of $75 million to the fund, according to documents from the Pennsylvania Public School Employees’ Retirement System.

Carlyle closed its debut energy mezzanine fund on $1.38 billion and began investing that vehicle in 2011, according to pension documents. The debut fund generated a 20.4 percent net IRR and a 1.17x multiple, according to the Pennsylvania documents.

The fund series targets investments in energy projects and companies, including in reserves and production, gathering systems, pipelines, rail and barges, storage, infrastructure (such as refineries and processing plants), natural resources and power generation, according the Pennsylvania documents.

Carlyle’s energy mezzanine fund is not targeting the type of distressed energy credit opportunities that are the focus of several other funds currently in the market, the LP said. Carlyle’s fund is focused on financing energy infrastructure development, the Pennsylvania documents said.

“An estimated $47 billion … will be spent on U.S. oil and gas infrastructure projects,” the documents said.

The fund’s investments will primarily be focused in North America, with some flexibility to invest outside of the U.S. and Canada. Investments will range from $30 million to $500 million in size, the documents said.

The fund is targeting a gross internal rate of return of 15 percent to 18 percent, the documents said.