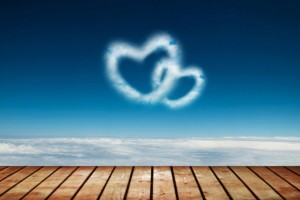 The Carlyle Group has quietly gone about forming custom accounts with several institutional investors this year, competing with several other mega-firms who have all been vying for investors looking for tailored service.

The Pennsylvania State Employees’ Retirement System’s board approved up to $100 million for Carlyle for a custom investment vehicle for primary and co-investments across the firm’s global platform. The capital will be directed to Carlyle’s buyout funds focused on the U.S., Europe and Asia, according to a statement from PA SERS.

Big institutional investors are demonstrating an appetite for custom accounts with flexible uses for their capital and that sometimes come with lower fees than traditional private equity funds. The terms of the Carlyle custom account were not disclosed.

Carlyle formed a custom account with the Alaska Permanent Fund Corporation earlier this year, committing $375 million in primary commitments to two funds – Carlyle International Energy Partners and NGP Natural Resources XI – and a yet-to-be formed agribusiness or metals/mining fund. An additional $375 million was allocated to direct investments with a focus on the natural resource, metals and energy sectors, according to a statement from Alaska Permanent Fund from July.

The firm also formed a roughly $305 million separately managed account with Indiana’s state retirement system to run in-state investment funds. Carlyle also formed a $750 million partnership in 2011 with the Municipal Employees’ Retirement System of Michigan, with $500 million going to Carlyle-backed fund of funds AlpInvest Partners for primary, secondary and co-investments, and $250 million pledged to Carlyle to be distributed in traditional fund commitments.

Carlyle and other big firms are tapping into appetite from big institutional investors for tailored investment service that allows for flexible uses of capital that occasionally comes with more control for the investor and sometimes even lower fees (depending on the structure of the account). We’ll be seeing a lot more of these types of partnerships as investors seek not only traditional exposure to private equity, but also more direct participation in deals, but lack the resources to engage in this activity by themselves.