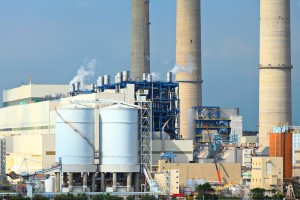 The Carlyle Group has closed an energy-focused mezzanine investment fund, the first energy-focused fund raised solely by the Washington, D.C.-based company in its 25-year history and the latest development in its continued push into the energy sector following its separation from Riverstone Holdings LLC, Buyouts reported earlier today.

The firm raised $1.38 billion in commitments for Carlyle Energy Mezzanine Opportunities Fund, which invests $20 million to $150 million in the debt of companies in the power generation and other segments of the energy sector. Carlyle launched the fund in 2010 and already has committed about 20 percent of it via six investments, including a power plant in Connecticut and a joint venture with Sunoco Inc., announced in July, to revamp an oil refinery in Philadelphia.

“We felt that there was a lack of capital dedicated to small energy and power generation companies in the U.S. because those borrowers weren’t able to access the capital markets,” David Albert, managing director and co-head of the energy credit investment team, told Buyouts.

Coming on the heels of Carlyle’s investment in the Philadelphia refinery and its acquisition in September of U.S. power plant developer Cogentrix Energy LLC, the closing of the mezzanine fund is the latest indicator of Carlyle’s interest in the energy sector.

But it also raises questions regarding what could be perceived as a hole in Carlyle’s approach to energy. The firm has no central investment team focused on energy, instead drawing on resources from the two-year-old energy mezzanine fund; its mid-market buyout group, Carlyle Equity Opportunities Fund, which is headed by Rodney Cohen, who has ample experience in commodities and natural resources; management at Cogentrix; and Carlyle’s infrastructure team, which will include Bob Mancini, Cogentrix’s CEO and co-head of Goldman Sachs’s North American power asset business whom Carlyle in September appointed co-head of its $1.1 billion infrastructure fund (Mancini will formally assume his position with Carlyle when the Cogentrix acquisition closes).

This arrangement is not that dissimilar from competitor Kohlberg Kravis Roberts & Co., which has a global investment team focused on energy and infrastructure. But KKR, unlike Carlyle, does have KKR Natural Resources, a $1.25 billion fund dedicated to the oil and gas sector. KKR has been all over the natural gas explosion in the U.S., leading a $7.2 billion acquisition last year of Tulsa, Okla.-based exploration company Samson Investment Co. and earlier this year investing in 93,000 acres of natural gas fields in Texas and Oklahoma, to name just two examples. The Blackstone Group is also active in the exploration sector, having recently partnered with LLOG Exploration Co. LLC in a $1.2 billion plan to expand the company’s operations in the Gulf of Mexico.

Carlyle also does not have its own energy-focused buyout fund. Starting in 2000, it had partnered with Riverstone Holdings to raise six energy-focused funds. But in 2011, Riverstone reportedly opted to go it alone in raising its latest fund, which is said to be seeking $6 billion.

All this has left investors and private equity industry watchers wondering how Carlyle will address the energy sector going forward. Two Carlyle limited partners told Buyouts they believed Carlyle would raise its own energy-focused buyout fund, though both said that the firm has not communicated that it plans to do so.

“It seems like energy would be ripe for re-constituting the Carlyle brand,” said one LP. “Carlyle is positioning itself as this ‘One Carlyle’ [brand], which can allocate capital around the world in different strategies.”

Carlyle executives declined to comment on whether they would establish a unified investment team focused on energy or raise an energy-focused buyout fund. But executives have said repeatedly and publicly that energy is of major importance for the firm. And two sources close to Carlyle told Buyouts that the firm intends to strengthen its exposure in certain sectors of energy, such as oil and gas exploration and production. These sources also said executives have yet to decide what will succeed the Riverstone relationship. They also stressed that the firm’s last fund with Riverstone, a $6 billion vehicle raised in 2008, is still making investments.

Correction: An earlier version of this story mistakenly referred to Rodney Cohen as Randy Cohen.