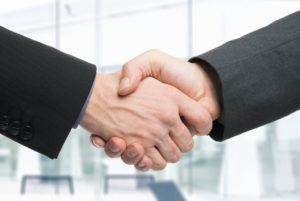 Cavanagh is currently co-head of JPMorgan’s corporate and investment bank. His move to Carlyle is evidence of the increasing prominence of alternative asset managers and the shadow banking sector, as investment banks come under increased regulatory pressure in the aftermath of the financial crisis.

Cavanagh, 48, who will also join Carlyle’s executive board, will share both new titles with Carlyle veteran Glenn Youngkin, 47, who has until now been sole chief operating officer, Carlyle said in a statement on Tuesday.
“I have worked at JPMorgan Chase for almost my entire professional life, and it was not without a lot of soul searching that I decided it was time for me to take my career in a different direction,” Cavanagh said in a separate statement issued by JPMorgan.

Cavanagh’s move came suddenly. He told Dimon over the weekend that he was considering the move after having been approached by Carlyle earlier this year, according to a person familiar with the matter who was not authorized to speak about the topic publicly.

Cavanagh was a member of JPMorgan’s operating committee. Daniel Pinto, who had the same role as Cavanagh, was named sole CEO of JPMorgan’s corporate and investment banking division.

Cavanagh will be on “gardening leave” at JPMorgan until he joins Carlyle in the summer. Gardening leave is the typical cooling off period that senior executives go through when they switch jobs, allowing them to receive their salary while not actively carrying out their duties.

The decision marks a major career move for Cavanagh, who went to work for Dimon at age 26 at Smith Barney, a brokerage that was one of the companies that Dimon’s mentor, Sandy Weill, would roll up into Citigroup Inc C.N.
After Weill fired Dimon, Cavanagh followed him to Chicago-based Bank One Corp and then on to JPMorgan.
A top lieutenant to Dimon, Cavanagh was tasked in 2012 with overseeing the bank’s internal investigation of the derivatives loss that became known as the London Whale trades.

Before taking his current role at JPMorgan’s investment banking arm, Cavanagh headed the unit that manages JPMorgan’s cash for corporations and keeps securities in custody for large money managers. Earlier, he served as chief financial officer.

“While we would prefer he stay at the firm, we are glad he is going to a valued client in Carlyle,” Dimon said in a statement.

With Cavanagh’s departure, the most obvious successors to 58-year-old Dimon from within JPMorgan include Pinto and chief operating officer Matthew Zames, 43, according to sources inside the bank.

Zames got his current job after Dimon dispatched the former bond trading executive to salvage the London Whale derivatives portfolio and to overhaul the bank’s Chief Investment Office where the bad trades were made.
Other possible in-house successors include Gordon Smith, 55, the CEO for the consumer bank, which accounts for about half of the company, and Mary Erdoes, chief executive of asset management.

Higher capital requirements that regulators are imposing on the biggest banks are forcing JPMorgan, particularly Cavanagh’s division of the company, to reconfigure and shrink its businesses.

As a result, Cavanagh, like many other investment banking executives, has been finding the work less gratifying and fulfilling, according to the person familiar with the matter.

Carlyle, on the other hand, does not handle deposits from savers, is much smaller than JPMorgan and does not face the same regulatory requirements. Carlyle’s fund investors are mainly public pension funds, insurance firms, endowments and sovereign wealth funds.

Founded in Washington, D.C., in 1987, Carlyle had $189 billion in assets as of the end of December in private equity, credit, real estate and funds of funds. JPMorgan has $2.4 trillion of assets.

JPMorgan’s ties to Carlyle run deep, from leveraged buyouts, where the investment bank advises on and finances the private equity firm’s deals, to facilitating its credit investments such as collateralized debt obligations.

The appointments highlight the succession planning under way at some of the major private equity firms, which have been run by their founders for decades.

Cavanagh and Youngkin will manage Carlyle’s global operations on a day-to-day basis. While neither have been explicitly named as successors to Carlyle’s founders, the move positions them to potentially take the reins in the future.

(By Greg Roumeliotis and David Henry. Additional reporting by Aman Shah in Bangalore; Editing by Kirti Pandey and Alden Bentley)

UPDATE: This story adds more background on Cavanagh and his departure than a version that was originally posted on March 25.