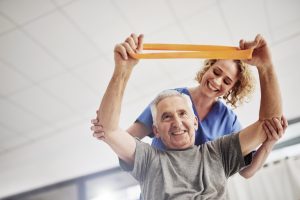 Less than two years into its investment, TA Associates is exiting MedRisk via a sale to Carlyle Group, a deal that values the specialized managed-care company north of $1 billion, Buyouts has learned.

Through its $13 billion Fund VI, Carlyle will take a majority stake in MedRisk, which provides worker’s-compensation cost-containment services in the physical and occupational therapy areas.

Terms weren’t disclosed, but the price tag equates to an EBITDA multiple above 14x, a source with knowledge of the matter said.

Based on the about $85 million in EBITDA that two other sources previously said MedRisk posts, that suggests the target commanded an enterprise value in the ballpark of $1.2 billion. Leverage on the deal was about 7.25x, the source added.

The deal concludes a Centerview Partners-run sales process that Buyouts previously reported on in November.

MedRisk is a logical fit for Carlyle, as the firm’s healthcare team has been actively involved in worker’s-comp opportunities for years, another source said.

That includes diligence on One Call Care Management, which Odyssey Investment Partners sold to Apax Partners in 2013; Sedgwick Claims Management Services, which investors including Hellman & Friedman sold to KKR in 2014; and Helios, which UnitedHealth Group’s OptumRX unit acquired in 2016, the source said.

Carlyle also has roots in the broader managed-care-services arena. Prior investments include MultiPlan, which offers healthcare cost-management services, and Qualicorp SA, a Brazilian provider of health-benefits-management services.

Moody’s in a January credit report said MedRisk posts about $419 million in sales.

Certain members of the MedRisk management team, including Founder Shelley Boyce and CEO Mike Ryan, will retain a minority equity stake in connection with the transaction.

For Carlyle, the transaction is one of two healthcare deals announced this week.

The deal was also announced on Monday, confirming a previous Buyouts report that said Carlyle — through its U.S. Equity Opportunity Fund — was close to acquiring the provider of software for specialized outpatient care.

Terms weren’t disclosed, but the company posts EBITDA and revenue of about $16 million and $60 million, sources previously said. The asset likely traded for an EBITDA multiple south of 12x, one source estimated.

TA said it had completed a strategic growth investment in Healix, which provides infusion therapy management services on an outsourced basis.

The firm followed with a pair of deals on Tuesday, announcing an investment in Flexera, a software developer backed by Ontario Teachers’ Pension Plan. Separately, Old Mutual Wealth said it would sell its single strategy asset management business to TA for 600 million pounds ($802.5 million).

Action Item: Reach out to TA’s Mark Carter at mcarter@ta.com