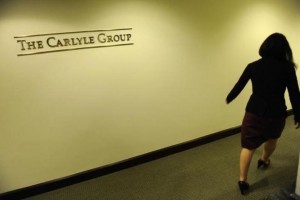 Developing mutual funds has historically been challenging for private equity firms because the average buyout fund is illiquid, with a typical life span of 10 years. But as these firms diversified into relatively more liquid alternative assets, such as credit and hedge funds, they have sought to widen their base beyond institutional investors.

Next month, Carlyle will close Carlyle Global Core Allocation Fund, which has $50 million in net assets with a mandate to invest across equities, debt, real estate, commodities and currencies using exchange-traded funds, according to a filing with the U.S. Securities and Exchange Commission.

Carlyle Enhanced Commodity Real Return Fund, which had a mandate to invest in asset classes such as energy and metals, but never took off, will also be wound down, according to a second filing.

DGAM has developed a number of liquid alternative funds aimed primarily at institutional investors, rather than the retail investors who invest in mutual funds.

Some of these DGAM alternative funds could be marketed soon, according to a person with knowledge of Carlyle’s plans who was not authorized to discuss them publicly. These products perform better in the current low-volatility market environment, rather than the high-volatility environment that the mutual funds would have thrived on, that person added.

Carlyle could decide to launch another mutual fund in the future, the person said.

Carlyle has also developed other products aimed at increasing the liquidity of its traditionally illiquid offerings.

A captive feeder fund called CPG Carlyle Private Equity Fund LLC, which allows individuals with net worth in excess of $1 million to commit as little as $50,000 to its private equity fund portfolio, had $550 million in net assets at the end of December.

Washington-based Carlyle, founded in 1987 by David Rubenstein, William Conway and Daniel D’Aniello, had $194 billion in assets under management as of the end of December.